Electric cars are not a recent thing in our mobility culture. In fact, at the dawn of the automotive industry, there were more vehicles powered by batteries than by fossil fuels. The Riker Electric was one of the most famous. After being abandoned in favor of non-renewable energies, it was not until the second half (especially late) of the 20th century when we saw some experiments, such as the Volvo Elbil in 1976.

Similar to the smart or the first electric Mazda, although somewhat more advanced than both, Volvo’s small car sought to introduce an extremely useful machine to the market for use in urban areas and small towns. The Swedish firm already began experimenting with electric motors in the 70s, long before the XC40 Recharge was born.

The second premise that makes the Volvo Elbil a perfect means of personal transport in the city is its size: 2.68 meters long, almost two centimeters less than a smart fortwo. But unlike this one, the Gothenburg stroller is capable of accommodating up to four people. Recall that, at that time, Volvo stood out for being a manufacturer of saloons and family cars with very spacious square shapes, earning the nickname “tanks”. Elbil followed the same theme. 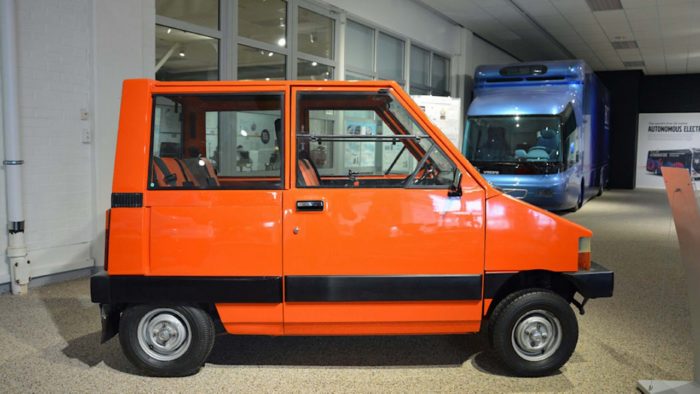 But this was not the only one, since the company built another prototype for the postal service with two seats. Okay, apparently it wasn’t exactly what you call a beauty, but the purpose was not to compete through sight. For those who know Volvo‘s models in detail, especially those from those years, they will recognize that the door handles belong to the 240 series. The rest of the components were specific to this prototype.

As a power source, it used a pair of electric motors mounted on the rear axle (it was propulsion) that provided an energy of 9.5 kW, or what is the same, 13 HP of power. With a 300-kilo lead-acid battery and unknown capacity, it could be driven for a couple of hours, more or less; although not before needing a 10-hour recharge. It marks a weight on the scale of one ton, but it could reach a top speed of 70 km / h. 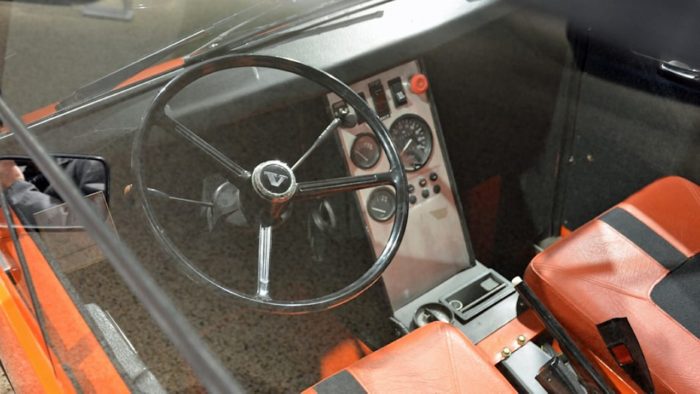 To be driven, the pilot has a three-spoke steering wheel, and little else. Two voltmeters, a speedometer, a handful of switches, and a master button were grouped together on a slightly tilted center console. Although designed as the purest form of transportation, the Elbil had four seat belts and head restraints on the front seats; We would not expect less from Volvo. The ventilation is in charge of what enters through the half windows.

But Volvo never took the model into production. Other companies specialized in the segment such as Fiat or Ford also experimented with very small vehicles in the 1970s, especially as a result of the first oil crisis that shook the world economy in 1973. As a last fact, it should be noted that the name Elbil was chosen by the brand’s engineers for its Swedish meaning: “electric car”. Clearly, simplicity was Elbil’s number one premise.