The BMW 7 Series is one of the best saloons of representation, at least if we talk about luxury and dynamic behavior. The current one is already an update of the sixth generation of the model, which has been on the market since 1977. Today we are going to talk about the auction of this BMW 740i E38, a third-generation specimen, that despite having been manufactured in 1997 remains in almost perfect conditions, being probably the best preserved of its time.

The reason is that it has been in that bubble that is shown in the images for more than 20 years to stay in its initial state. The history of this BMW 740i E38 that is for sale on eBay is quite simple. It was first acquired by a woman born in 1927 who hardly ever used it. It had just 255 kilometers on the scoreboard when it was bought by its current owner who took it to Gogolin Slaski, in Poland, to keep it.

Indeed, this person has never driven it, he simply put it in this capsule with air circulation until today. Therefore, we are dealing with an original vehicle, which has not been restored and, even so, remains as new two decades after its manufacture. Like a good 740i from that era, it has a 4.4-liter V8 engine under the hood that develops 286 hp and is linked to a five-speed automatic transmission. 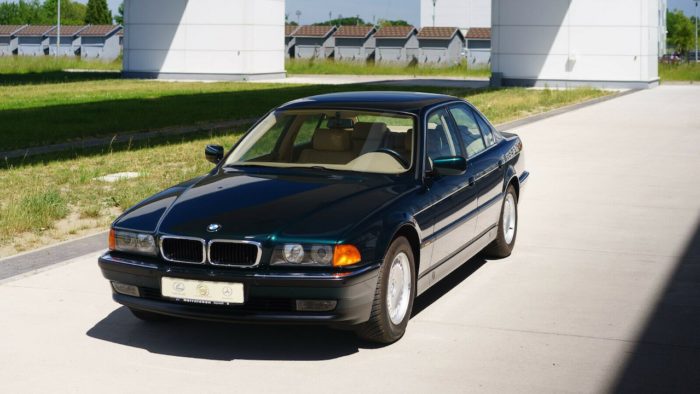 The car is up for auction until March 31 and the figures it is reaching are quite surprising. It exceeds 50,000 euros and it seems that its value will continue to rise. The seller sends it from Poland to any location within the European Union, although it already anticipates that those users from the United States or Japan refrain from bidding. We hope that at least the new owner has the decency to drive it a minimum and does not follow speculation.