California startup Nuro Inc. received permission from the American authorities to bring its autonomous carts to public roads for the delivery of goods to the public. In principle, there is no provision for a driver’s place in them, that is, these are drones of the highest, fifth level according to SAE classification. 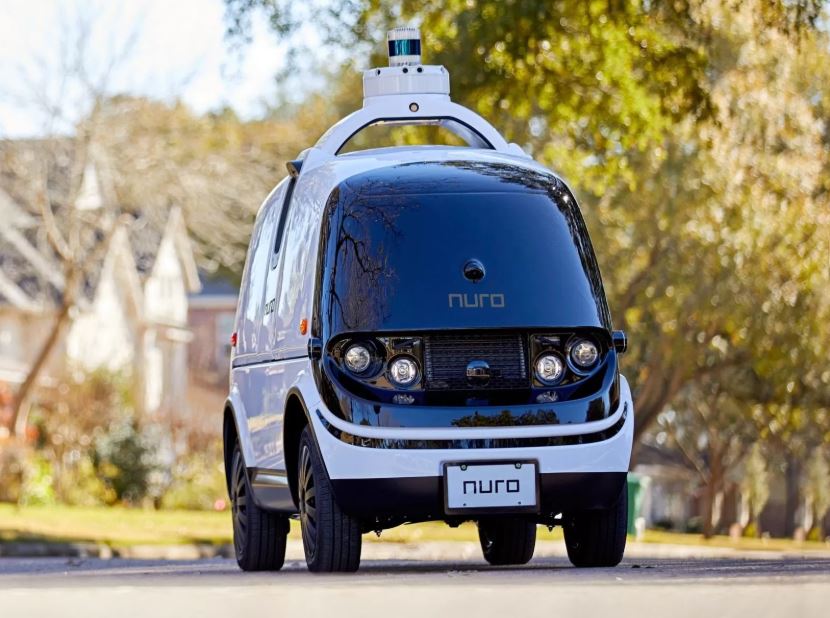 Nuro was founded in 2016 by immigrants from Google – Dave Ferguson and Jiajun Zhu. In the IT giant, they were developing the legendary Google Mobile, similar to a bugless drone without a steering wheel and pedals, which, according to the results of many years of testing, was recognized as unpromising as an independent product – now Google and its unmanned Waymo unit work on autonomous driving systems together with car concerns (in particularly with FCA).

The founders of Nuro decided to finalize and develop the idea of ​​“Googlemobile”: in their interpretation, a low-speed drone will carry not people, but loads. The first prototype – Nuro R1 – was put to the test in 2018, at the same time the company filed with the American National Highway Traffic Safety Administration (NHTSA) an application for permission to operate self-propelled carts in cities on public roads. And then, finally, after much agreement, such permission was obtained! The importance of this event is that Nuro drones will be the first among them to ride without direct human control. 9 Reasons To Consider The Reality Of The Autopilot

Meanwhile, GM half a year before Nuro filed a similar application with the NHTSA, but so far it has not been given permission. Why? Because GM wants to bring Cruise unmanned taxis to the roads, and people (passengers) are not pizza or flowers, they cannot decide to take responsibility for their direct uncontrolled transportation of NHTSA. It is simpler to send goods in an unmanned way: in this case, a number of ethical conflicts are removed – with what / who to sacrifice if an accident cannot be avoided. It is clear that in the event of an accident, sacrificing a cart with goods can be relatively painless – send it to a ditch, for example, and save oncoming traffic with people. With an unmanned taxi, such a number will not work. 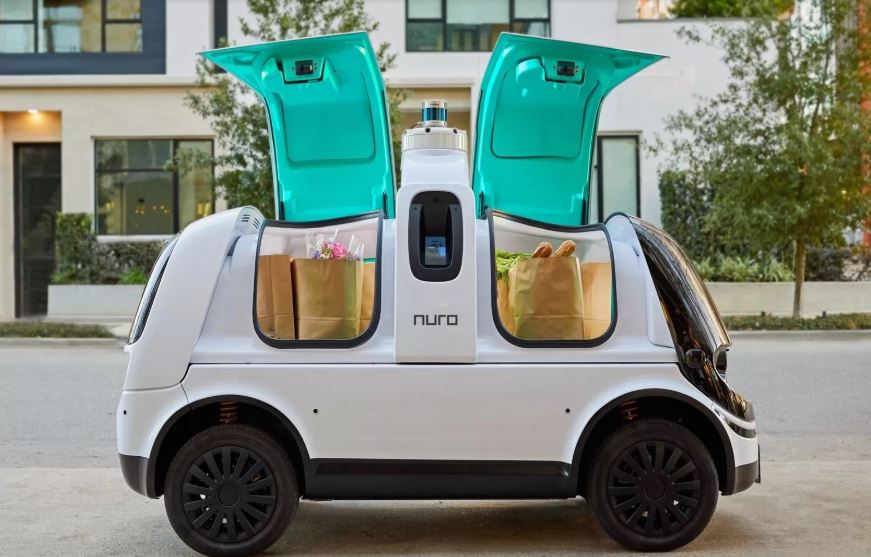 In general, Nuro, despite protests from some public organizations, opened a kind of Pandora’s Box, and within a few weeks the first unmanned carts filled with a wide variety of products will run through the streets of Houston (Texas). The permit provides for the operation of 5,000 such trolleys for two years. Their speed will be limited to 40 km / h. Each machine is required to remotely operate, that is, sitting in the office, to monitor Nuro operators, intervene in the management if an emergency occurs and report such situations to the NHTSA.

On the roof of the Nuro R2 installed a system of all-round visibility based on cameras and lidar. On the case there are automotive lighting, two radars, a thermal imager and a scattering of ultrasonic sensors. Design is nowhere more primitive, a kind of remnant on wheels (the rounded edges in this case are not dictated by aerodynamics, but by safety when dealing with pedestrians, if such contacts, God forbid, happen). Interestingly, the Roush company worked to produce 5,000 of these vans, the one that is engaged in including extreme tuning of Ford pickups.

If everything goes according to plan, in the future, Nuro R2 type vans will completely replace couriers, and the army of yellow-green messengers with backpack boxes behind them will be forced to look for another occupation.