It seems that the desire for electrification is a thing of today, but the truth is that almost all brands have investigated throughout their history in modes of propulsion far from oil derivatives. One of them is Suzuki. Today it already has numerous ECO-labeled vehicles in its range, thanks to the use of Mild Hybrid solutions, such as the Ignis, Swift, Vitara and S-Cross.

However, half a century ago the brand was experimenting with electricity. And for sample, these three examples:

The first electric minivan. This is how they call Suzuki the Carry Van (L40V) Electric, an electric version of the ultra-compact minivan designed by Giorgetto Giugiaro. Despite its scarce 2,900 mmm in length – to comply with Japanese Kei Car legislation – it had a large interior capacity and solutions such as sliding doors and a large glazed area.

The fourth-generation electric version of the Suzuki Carry was designed to patrol the grounds of the 1970 Osaka Universal Exposition. They wanted a vehicle that could run quietly and smoke-free, compact in size and with great interior capacity. 10 units were delivered to the organization of the event, which fulfilled their mission without problems. In order not to touch the interior at all, they resorted to what is now the norm: locate the battery (developed by Yuasa) and the electric motor under the ground of the vehicle. The 60V, 4.6 kW engine powered the Carry Van Electric up to 45 km / h and could travel 50 kilometers before being plugged in again. A restored unit is preserved in the Suzuki Museum in Hamamatsu.

The world’s first hydrogen car. the Suzuki LH2 had a 539 cc two-stroke three-cylinder engine powered by liquid hydrogen. The Japanese brand developed it together with the Musashi Institute of Technology on the basis of a Suzuki Cervo, 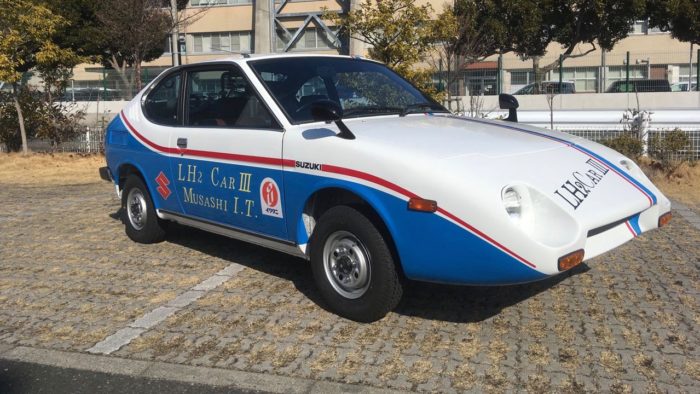 Using this fuel, the performance and efficiency of the propellant were improved, in addition to reducing NOx emissions by 60%. It announced a range of 400 kilometers and a maximum speed of 118 km / h, which is not bad.

Suzuki has developed fuel cell cars in collaboration with General Motors since 2001. First with the MR Wagon-FCV and Wagon R-FCV; and later with the SX4-FCV, one of the first hydrogen cars authorized by the Japanese Ministry of Transport to roll on public roads. 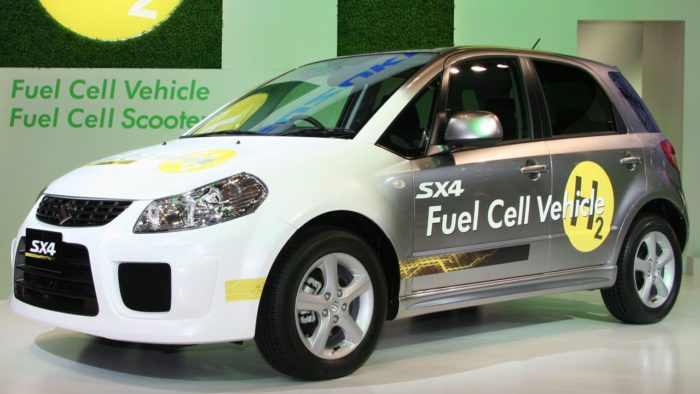 The SX4-FCV has an 83-kW fuel cell with a high pressure (70MPa) hydrogen tank and a light and compact condenser, which recovers energy in braking phases and applies it in acceleration phases. With an electric synchronous motor, this model develops a maximum power of 68 kW and reaches a maximum speed of 150 km / h, with a range of 250 km.