In 2015 there was an important novelty that would change the course of Toyota. They presented the TNGA (Toyota New Global Architecture) platform, which aimed to optimize manufacturing processes. Being modular, it could accommodate vehicles of any type and size, while improving aspects such as safety or driving sensations. In recent years there have been several adaptations and now Toyota presents the GA-B platform, which will be quite important in the future.

This is the base used by small cars of the Japanese brand and will probably be released by the next generation of the Toyota Yaris. Some of the characteristics of the GA-B have already been revealed, as it promises high levels of stiffness while maintaining a reduced weight. On the front axle it will have a MacPherson type suspension and on the rear one you can use both the torsion bar and the multi-link.

Toyota’s GA-B platform has a low center of gravity thanks to the driver’s seat position, close to the ground and fairly centered, because the interior space has also been an aspect that has been very careful. It has left enough freedom for designers to create eye-catching bodies and large rooms on this architecture. It seems that the wheelbase is quite extended, so we could expect the overhangs to be short. 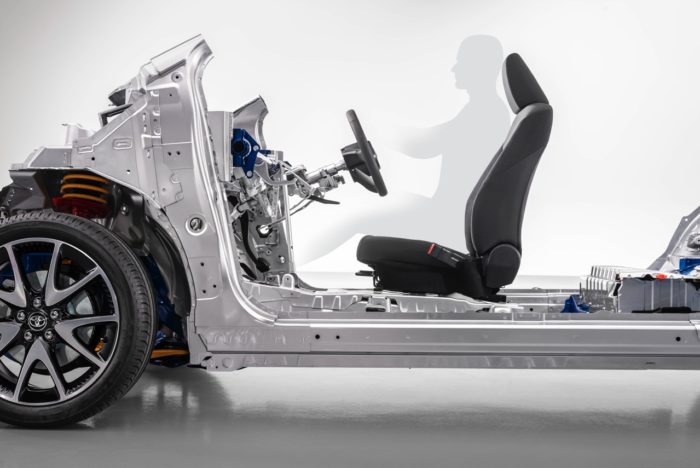 It is still a mystery if this GA-B platform stays exclusively for the Yaris or if it is also used by the odd new model, there are already rumors about a small crossover below the Toyota CH-R. If we talk about that model, it must be said that it shares the GA-C platform (also derived from the TNGA) with other models such as the Toyota Corolla or the Toyota Prius. Finally mention that there is another variation, the GA-K platform, which is carried by the Toyota RAV-4 and Toyota Camry.