The Toyota FCX-80 Concept was presented at the Tokyo Motor Show in October 1979. The idea of ​​the Japanese manufacturer was to offer the public an urban vehicle in the form of an experimental prototype. It was compact on the outside, wide on the inside, light overall and little thirsty for fuel. On paper, the idea made sense. It offered some innovative features and interesting ideas. The prototype really fulfilled the objectives that the company had planned, and that is why it can be said that it is one that the result was not very graceful. Automotive history has taught us that, on many occasions, meaningful ideas have been the least visually appealing (see Fiat Multipla, for example).

The sharp angle of the hood merged with the windshield of the passenger compartment which, in broad strokes, was like a glazed dome. A sheath was mounted on the short, inclined front to integrate the headlights and the air intakes of the engine. It is perhaps at this point where we can see the first incongruity at the aesthetic level, the asymmetry. The design consists of two basic points: the proportions and the symmetry, and the front of the Toyota FCX-80 Concept has none of them. 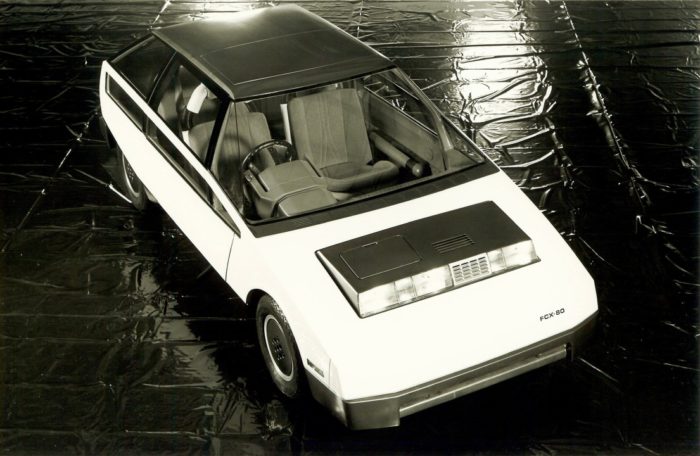 The side view stands out for the straight cuts, in line with what the stylistic canons of the 70s and 80s marked. In order to increase visibility and the feeling of spaciousness on board, the waist line is separated on two levels through a pair of double height windows. The concept is attractive, especially now that the waistline of current cars is quite high, but the result does not inspire desire.

The rear is, by far, the most conventional part of the car. A trunk door whose loading door is in a low position, a set of rectangular pilots and a thin bumper made it up. The interior also says “80s” in abundance for a car designed in the late 70s. Those pipes that make up the structure of the seats with those rubber bellows look as horrible as and wonderful at the same time. It’s confusing. 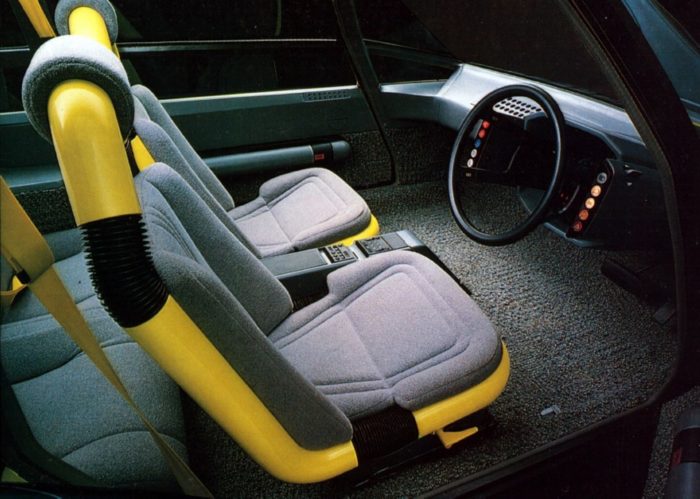 Given its condition as a front-wheel drive vehicle, the Toyota FCX-80 Concept interior is spacious and regular. A completely flat floor makes the cabin feel spacious and clean, with everything necessary and essential in the instrument cluster. The seats seem taken from an urban bus and the carpet does not seem comfortable to vacuum dirt, but this is probably the most graceful area of ​​the car.

This prototype may never win a beauty contest, but it is undeniable that many of its applications made quite a lot of sense. We do not know what engine would be hidden under the front wedge, but it is not difficult to imagine a small displacement block with the right and necessary power to move the assembly with relative ease. For better or worse, it represented an unexplored path, but that’s what prototypes like the Toyota FCX-80 Concept are all about.