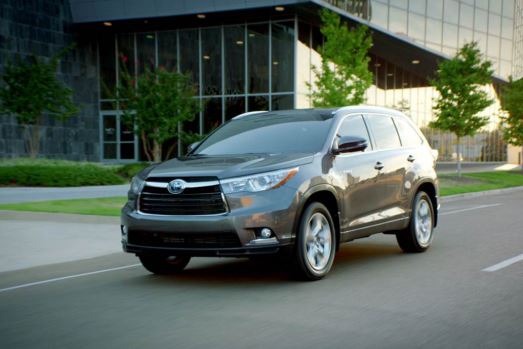 Toyota Highlander 2013 immediately became popular among motorists and at the beginning of 2013 they got the opportunity to evaluate the third generation of the car in a row. The premiere of the new Toyota Highlander 2014 took place at the auto show in New York. We will try to find out what changes have occurred in the appearance, interior design and technical equipment of the model.

Before starting a review of the exterior, we immediately note that the dimensions of the car have changed. It became 70 mm longer and 15 mm wider, but the height decreased by 30 mm. Given these changes, the size of the SUV is now 4855x1925x1730 mm. A more mundane silhouette allowed to improve the aerodynamic characteristics of the car. Toyota Highlander ground clearance remains the same – its value is 206 mm.

The appearance of the new Toyota Highlander has changed quite seriously and it’s unlikely that it will turn out to be unambiguous to say whether the transformations have benefited – everyone will decide for himself. It remains only to state that the car received a more massive trapezoidal radiator grille, slightly changed their shape, but retained a light squinting headlights and a powerful bumper with integrated fog lights, underlined by bottom strips of LEDs for daytime running lights. In general, the front part began to look more aggressive and this impression is enhanced if you look at the profile of the car. Stronger protruding wheel arches and massive feed make the SUV even more formidable.

The rear of the 2014 Toyota Highlander looks very simple and stylish at the same time. The trunk lid acquired a more regular rectangular shape, and the lights narrowed and stretched in length. Certain claims in the previous generation caused a small glazing area, which affected visibility. In order to improve it, the company’s engineers made a number of design changes, in particular, the front pillars were displaced and the size of the rear side windows was increased.

The new Highlander 2013 may have an 8-seater configuration. Moreover, the rear row of seats provides a fairly comfortable fit for 3 passengers. Chairs of the second row can, depending on the need, transform into two or three seats. They are also able to move on skids along the cabin, which allows riders to get convenient access to any of the seats. Armchairs of the third row, as well as the second, fold in the proportion of 60/40, providing a wide selection of layout options. It is worth noting that the volume of the luggage compartment of the 2014 Toyota Highlander increased by 34% and now amounts to 390 liters with the possibility of increasing to 2500 liters. Toyota Highlander And Its Restyling In 2016

The quality of the finishing materials of the updated version of the SUV has improved significantly, and chrome elements and wood inserts can be found in almost any part of the passenger compartment, including the door trim. The architecture of the front panel has changed dramatically, on which the 6.1-inch touchscreen display of a multimedia system equipped with Bluetooth, a voice control function, and the ability to view images from a rear view camera now flaunts. In older trim levels, an 8-inch screen and a high-quality audio system with 12 speakers become available. According to the representatives of the company, serious work was done to improve the noise insulation of the cabin due to the wider use of sound-absorbing materials, as well as a number of structural transformations designed to reduce the level of noise and vibration from the engine and exhaust system.

For the new generation Toyota Highlander, three power units are available. The first of them is a 2.7-liter four-cylinder gasoline engine with a variable valve timing system (Dual VVT-i). It works in conjunction with a 6-speed automatic transmission.

The second in the line is a 3.5-liter V6 with a capacity of 273 hp, transmitting traction to the wheels through a 6-speed automatic transmission, which can operate in the manual sequential gear shift mode. 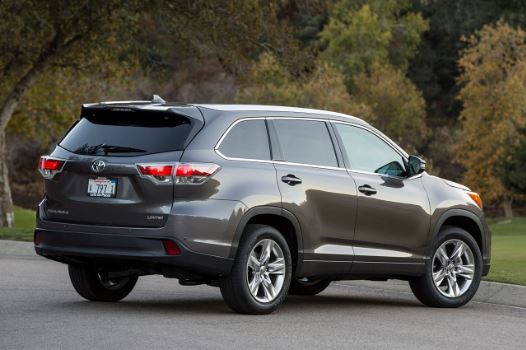 The SUV is available in front-wheel drive (FWD) and four-wheel drive (AWD) versions. In the second case, the distribution of torque between the axles is carried out through the Dynamic Torque Control system, which analyzes information from several sensors at once. In normal driving, in order to save fuel, all 100% of the torque is transmitted to the front wheels, and in case of slipping, part of it is sent to the rear axle. Reaching a 50:50 ratio will allow the car to show all of its off-road capabilities.

The chassis of the updated Highlander is constructed as follows – MacPherson struts are installed in front, the rear suspension is made on double wishbones. Disc brakes are everywhere. Depending on the version, the car can be equipped with 18 or 19-inch alloy wheels.

The manufacturer is not tired of saying that Toyota Highlander 2013 was developed on the basis of the merits of previous generations, as well as existing wishes and comments of customers. That is why it seems that the Toyota Highlander 2014 has already got rid of the shortcomings that were inherent in its predecessors.