At present we are accustomed to two-tone bodies and striking colors in the pallets of most models. But in the 90s it was more difficult to access that level of personalization and differentiation. In this situation Volkswagen decided to do something special, a car that being ordinary became the target of all eyes. It was called Volkswagen Polo Harlequin and, looking back, it seems that it fulfilled its objective.

The third generation of the Polo had just been launched and had a novelty: it incorporated the five-door body for the first time. In those years the utilities used to have only the body of three doors, unlike the current trend that has been eliminating them. To promote this type of bodywork in 1995 the Harlequin or Harlequin special edition was launched (in other countries), with an unprecedented color to date. The Volkswagen Harlequin Polo honored that character of the classic comedy by wearing four striking colors that were divided between the panels of its body in four different ways. The tones were Flash Red, Ginger Yellow, Chagall Blue and Pistachio Green. 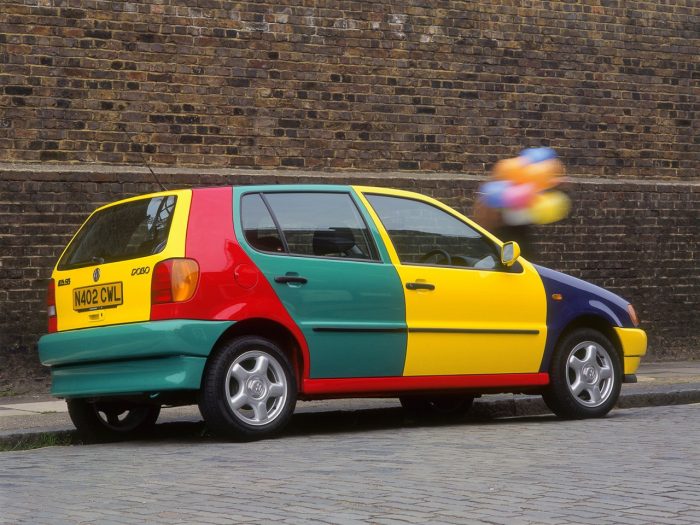 Depending on the version chosen by the client, the colors alternated in a concrete and symmetrical way. The original color of the car can be identified on the roof and on the C-pillar. In addition to the color, this special edition of the Polo could be distinguished by other details such as the white turn signals or the darkened rear lights. The tires were a 14-inch Indianapolis and the side moldings and door handles were the only elements that lacked color. In this way, it quickly became a kind of icon that turned heads as it went wherever it went. 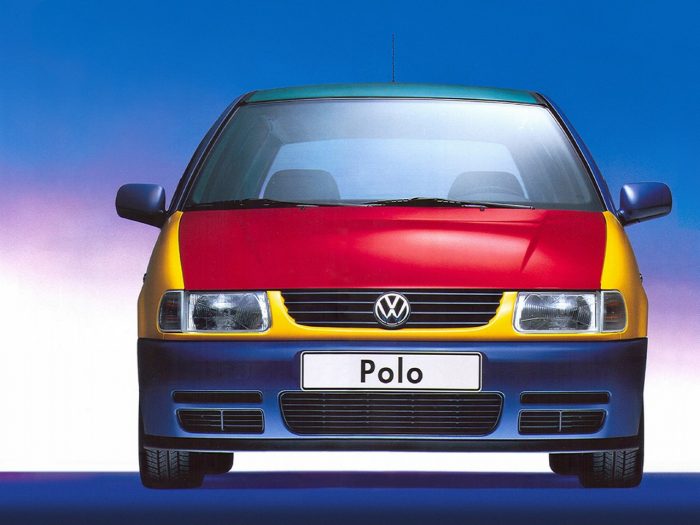 But the Volkswagen Polo Harlequin was not just a flashy car it was also a fairly well-equipped model. Inside you could see a steering wheel covered in blue leather, sports seats, specific upholstery of the edition, heated rear-view mirrors, rear headrests or driver and passenger airbag. Optionally, elements such as ABS, fog lamps or sunroof could be mounted.

It was estimated a production of 1,000 units for the striking utility. However, before the good reception that it had, they ended up making 3,800 copies. Currently there are still some units in good condition and are highly valued. The following year they wanted to repeat the play with the launch of the Volkswagen Golf Harlequin in the United States and Mexico. Only 275 units of the third generation compact were made, so it is considered a rarity.