There will be more electric in Volvo besides the high performance Polestar. The first of them is the Volvo XC40 Recharge. It is the most ecological version of the compact SUV, which announces a range of more than 400 km with fully charged batteries and a high power level. It joins the XC40 range in 2020 to the plug-in hybrid version, the XC40 T5 Twin Engine.

The new Volvo XC40 Recharge (P8 AWD Recharge, to be more exact), moves thanks to two engines, one that is responsible for driving the front wheels and another the rear, making it a total traction. Each one has 204 HP, so the total power of this drive system is 300 kW (408 HP) and 660 Nm of maximum torque. This new electric SUV announces good performance. Despite its 2,150 kg weight (almost half a ton more than the heavier combustion version), it can accelerate from 0 to 100 km / h in 4.9 seconds. Much of that extra weight is due to the 78 kWh (75 usable) battery, which also implies having a smaller trunk, 413 liters (37 less than conventional versions), although under the hood adds a second trunk where you can load a travel bag not very large. 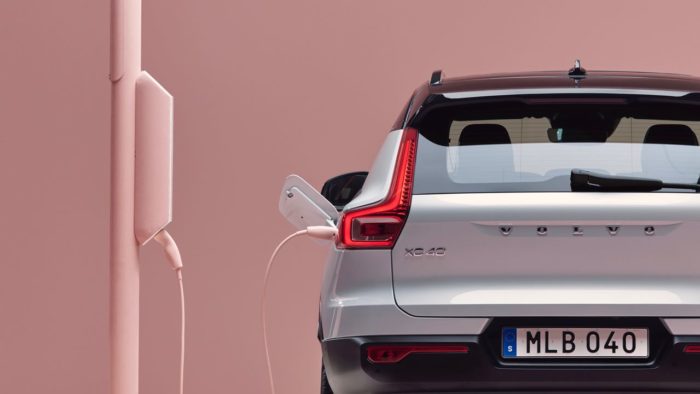 With alternating current (the one you receive in your home) it is charged at a power of 11 kW, so that a full charge would be completed in 7 hours. If you use a fast recharging point for this task (it admits loads of up to 150 kW) in 40 minutes you fill 80% of the battery. The autonomy exceeds 400 kilometers according to the WLTP cycle, a very relevant figure. There are few aesthetic differences compared to other Volvo XC40 with conventional mechanics. The most visible are the closed front grille and the Recharge mark on the C-pillar. The load socket is located on the left rear flap (in the combustion it is refueled just on the other side). Inside everything is very similar to the XC40 we tested. Yes we appreciate a dashboard more in line with the electrical mechanics it carries and the infotainment system is based on an Android operating system, as a great novelty.

The Swedish brands, always concerned with safety, have designed an extruded aluminum cage, placed in the central part of the body. It has a deformable area around it and is responsible for protecting the occupants and the battery. 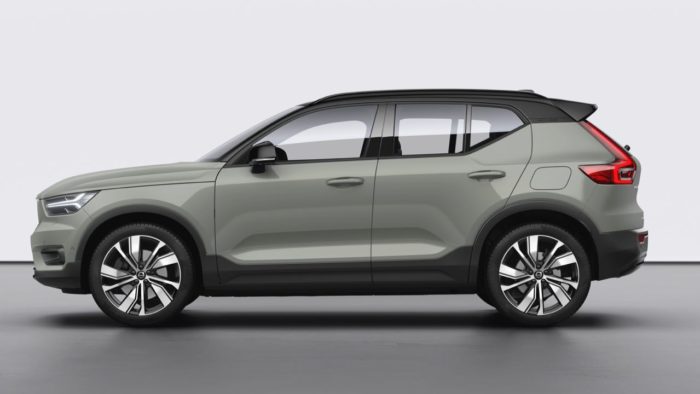 In addition, the XC40 electric inaugurates in the brand a set of radars, cameras and sensors to collect more accurate data, which then use the driving assistance systems. A computer program designed by Zenuity is responsible for processing them. This is the first electric Volvo, part of the brand’s offensive, which aims to launch an electric vehicle every year during the next five years. His idea is that in 2025 half of his sales correspond to electrified vehicles. In fact, by 2020 its plug-in hybrid cars are expected to already account for 20% of its sales.