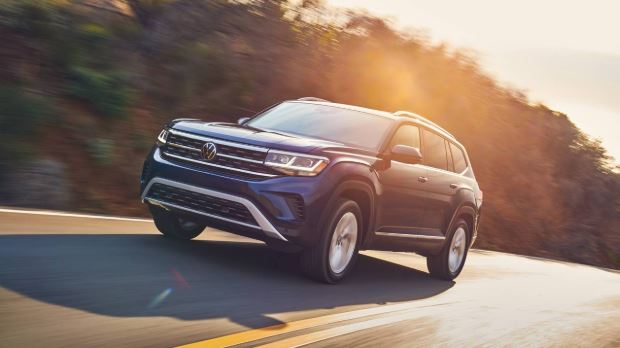 In the United States, the Atlas large crossover launched in 2016. The local model was liked by the local customers, last year the three-row SUV ended with a 37% increase in sales – 81,508 cars were sold. The main competitors are in the red, but Atlas is still far from them: Toyota American dealers sold 239,438 Highlander crossovers (-2%) in 2019, Ford Explorer sold 168,309 copies (-26%), and Honda Pilot gained 135,008 owners (-15%). Restyling is designed to attract new customers to the VW model. The brand spread the sketches of the freshened Atlas back in December, and now a full presentation has been held at the Chicago motor show. New images of the updated Volkswagen Caddy. Premiere at the end of February

Externally, the crossover looked like a “short” five-seater version, which in the USA is called Atlas Cross Sport (debuted in 2019, and in China it is Teramont X). The grille of the three-row SUV also stretched out in a smile, on it flaunting three wide chrome stripes instead of two. Headlights and bumpers are replaced, and in the rear lights is a different “filling” (the LED lights are now in the “base”). Due to the new body kit, the length increased by 76 mm to 5112 mm (for Atlas Cross Sport – 4966 mm), the wheelbase is the same (2979 mm, for Sport Cross – the same indicator). The R-Line version has a more aggressive front bumper, such Atlas has 20- or 21-inch aluminum alloy wheels. Although, the sport version was not shown. 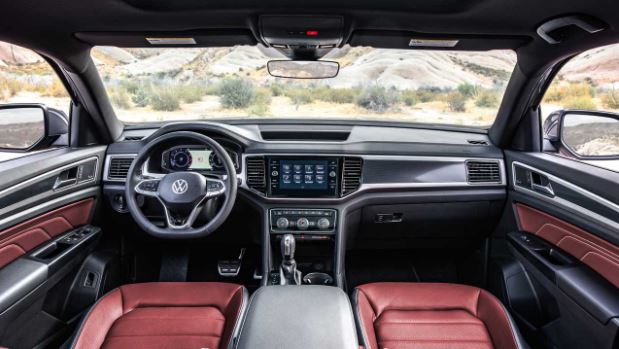 Inside, there is a new steering wheel and an upgraded multimedia system, the design of the virtual “tidy” has been changed (all this stuff has also been transferred from the “short” version). Another crossover got adaptive cruise control with a modified cork assistant and a traffic sign detection system. As before, the model also provides three-zone climate control, ventilation of the front seats, heated seats, wireless charging for smartphones, auto-braking systems (with pedestrian detection) and collision avoidance. The large-scale plan of the offensive: Volkswagen is preparing to present 34 new items in 2020

The engines were not changed: in the States, Volkswagen Atlas is available with gasoline turbo four 2.0 TSI (238 hp) and aspirated VR6 3.0 (280 hp), both combined with an eight-speed automatic (the same engines and at Atlas Cross Sport). But now the 4Motion all-wheel drive is provided for a crossover with any engine, while the pre-reform Atlas has only versions with V6.

A restyled SUV will enter the American market in the spring.