Of course, it is undeniable that Panamera is a car with character, one might even say that it has a complex nature. Precisely because of its complexity it is liked by many motorists.

Chief designer of Porsche AG, said that all strengths of the novelty were fortified, and the weak – eliminated, but the most important thing is that the nature of vehicle remains the same! “. Roughly speaking, company did a good work on the bugs. 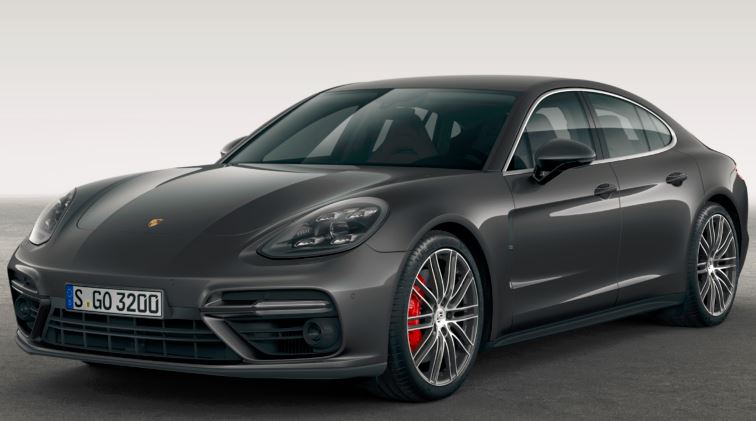 Chairman of the Board of Porsche AG said that “a new model was developed from scratch – it received new engines, new design and new technology.” And here it is just to say that the Panamera – the first model of the concern on the MSB platform that will form the basis of the next Continental Bentley.

Developers of the new Panamera tried to bring novelty to the iconic model of  brand – Porsche 911. Updated Coupe Porsche 911 Carrera and Carrera S. What Will You Choose?

The car turned out very dynamic.

The front axle is moved closer to the front. This has added swiftness to the profile.

Visually Porsche also has certainly changed – the roof line got a steeper slope, reducing the height of the rear seats by about 20 mm: this is not reflected in the car’s roominess. Hatches and panoramic roof: the pros and cons

New Panamera looks much sportier than its predecessor.

Vehicle width has increased by 6 mm – up to 1937 mm. It seems that it is insignificant, but in fact it is still quite visible. They are visible through the horizontal bar in the grille and air intake associate lamps, which have become much longer and brighter than its predecessor.

Developers insist that car can be more attributed to the four door coupe than a sedan.

Interior of new Porsche Panamera became more spacious, because it got rid of the physical keys of the car control systems, by which was paved a floor tunnel.

On the dashboard there are 2 seven-inch screens, which are located between the analog tachometer.

In the center is located touchscreen Porsche Communication Management (PCM) a new generation of a diagonal of 12.3 inches with a built-in navigation and Porsche Connect services. Multimedia system can synchronize with a smartphone Apple CarPlay protocol and has a voice control function.

Porsche Panamera Turbo is one of the most powerful petrol versions with four-liter 550-horsepower V8 engine with a maximum torque of 770 Nm.

Cardinality and traction performance of “Eight” have increased by 30 hp and 70 Nm respectively. On the acceleration to 100 km / h four-door coupe spends 3.8 seconds, with a package Sport Chrono – 3.6 seconds. Maximum speed – 306 km / h.

A standard model is equipped with all-wheel drive system, and here it is a permanent full and not connected, as before. Also it ia equipped with eightfold “robot” with two clutches.

The fuel consumption of the new Panamera is by 1.1 liters less than that of the first generation of the car, and it is about 9.3-9.4 liters.

You also have a possibility to choose a new eight-cylinder diesel engine. It is the most powerful “diesel”, which is ever installed on production vehicles of this brand.

Engine output of Panamera is 422 hp, and peak torque – 850 Nm. This V8 for the first time is offered in conjunction with all-wheel drive. All-wheel drive, front-wheel drive or rear. So which one is better to choose?