The sixth generation of Mustang GT received a planned update. The exterior has undergone a facelift, the interior has received improved furnishings, and the power units have been completely revised and some of them replaced. But the main innovation was the 10-speed automatic 10R80, which is responsible for the instantaneous gear shifting. But before the concern Ford had a question: Is it worth it to release the Mustang GT Convertible? And already 3 days after the release of the coupe version, the company published pictures and a convertible, which is not distinguished by its overall data. In America, the Mustang is one of the best-selling cars, and in Europe it received the award “best-selling sports car”, taking this niche from the Audi TT. 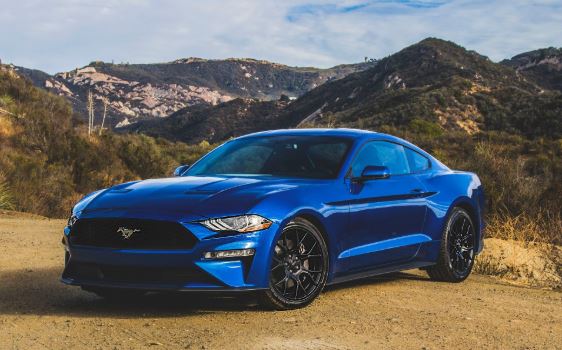 APPEARANCE
Changes have occurred both in the front and in the back of the car. Modifications affected the grille, hood and bumper. Head optics are now fully LED, and LED fog lights are available as an option. The lights have also become LED, the rear spoiler has changed, but it is not installed in all trim levels, and the shape of the “trough” for license plates has been updated. An interesting solution is that the coupe with a 2.3-liter EcoBoost is equipped with dual round nozzles, a double-door with a 5.0 V8 four nozzles, spaced apart in pairs along the edges. Designers added three more colors to the range of colors: Royal Crimson (crimson), Kona Blue (blue) and Orange Fury (orange), which adds up to 11 options! They can be combined with 11 types of wood-alloy wheels. Interesting, if it is easy for the customer to understand that this is exactly the configuration he wants?

INTERIOR
The customer will notice a large number of innovations in the interior of the novelty. Again, the number 12, this time it is a 12-inch dashboard, which is offered as an option for an additional fee, instead of the classic analog dial, it offers three types of work: Normal, Sport and Track. On the screen you can display all the necessary information about the operation of the vehicle systems. The multimedia complex is represented by an 8-inch screen with many new features. For example, FordPass will allow you to drive a car through a smartphone from a distance: starting the engine, information about the battery charge, the state of the fuel tank and the location of the car. MyMode will remember the current settings and be able to play them on the next trip. Since the Mustang is focused on sports, it has absorbed many safety assistants, such as collision warning, pedestrian detection and a lane departure warning. Thanks to expensive upholstery materials, manual stitching on the center console and aluminum inserts, the interior of the novelty has become even more stylish and premium. 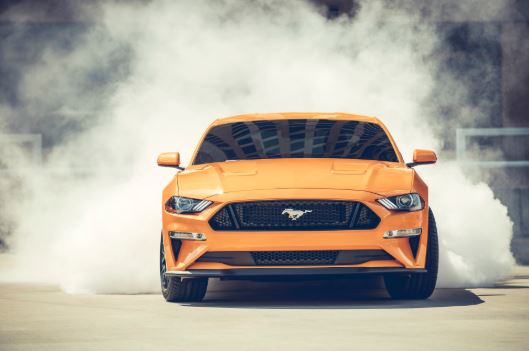 MOTORS
The new generation of Mustang has received changes in the technical part. For example, the 3.7-liter V6 was completely eliminated on both the convertible and coupe versions. Only a 2.3-liter turbo-engine, which increased torque, and a 5.0-liter V8, which became more powerful, but at the same time more economical, remained. The engine will include both direct and port injection, which will increase performance and fuel efficiency.

From the previous generation has also passed the 6 stepped mechanics, but sufficiently developed for increased torque and reduced fuel consumption. The main highlight was the 10-speed automatic, transferred from the models Chevrolet Camaro ZL1 and Ford F-150 Raptor.

SALES OF FORD MUSTANG 2018
Sales of both versions of the novelties in the USA started in the fall of 2017 and in the beginning of 2018, the Mustang appeared in other countries all over the world. The cost of the basic version of the car with a 2.3-liter engine is around 30 thousand dollars. GT modification with a 5-liter engine costs 39 thousand dollars.