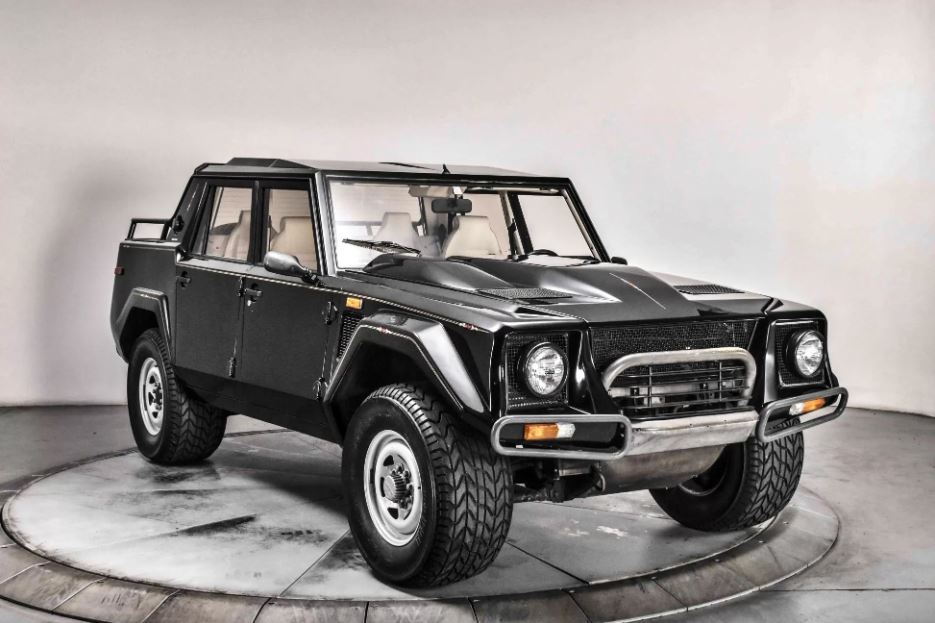 On the Internet auction Bring a Trailer, another rarity with scanty mileage surfaced – the Lamborghini LM002 SUV released in 1989, on the odometer of which is only 4105 km.

The LM002 is the first production SUV of the Italian Lamborghini brand. In the period from 1986 to 1993, about 350 copies of this model were produced, while the modern Lamborghini Urus crossover, developed under the supervision of the Volkswagen Group’s marketers and debuted at the end of 2017, has already sold more than 10 thousand copies around the world and is not going to stop there. …

In the mid-70s, Lamborghini ventured into the development of an army SUV for the United States and the first prototypes were rear-engine. The layout of the sports car in the attachment to the military all-terrain vehicle was unsuccessful: trim on the stern, poor handling, the tendency of the engine to overheat. The American military eventually chose the more traditional front-engine HMMWV for their purchases, it is also in the common people Humvee, it is also in the world of Hummer. Lamborghini Sword Hot Rod: sinister and charming in equal parts

Lamborghini subsequently also changed the layout of its SUV, moved the engine forward and marketed it as a civilian model. The naturally aspirated V12 with a displacement of 5167cc was borrowed from the Countach coupe. The unit, equipped with six Weber two-chamber carburetors and four valves per cylinder, produces a maximum of 450 hp. at 6800 rpm and 500 Nm at 4500 rpm. Transmission – 5-speed manual with “lowering” (4.286). The all-wheel drive system has three self-locking differentials, and the center one is also equipped with a forced full lock. Suspension – fully independent, front brakes – ventilated discs, rear – drum. Curb weight – 3.045 kg, carrying capacity – 455 kg. 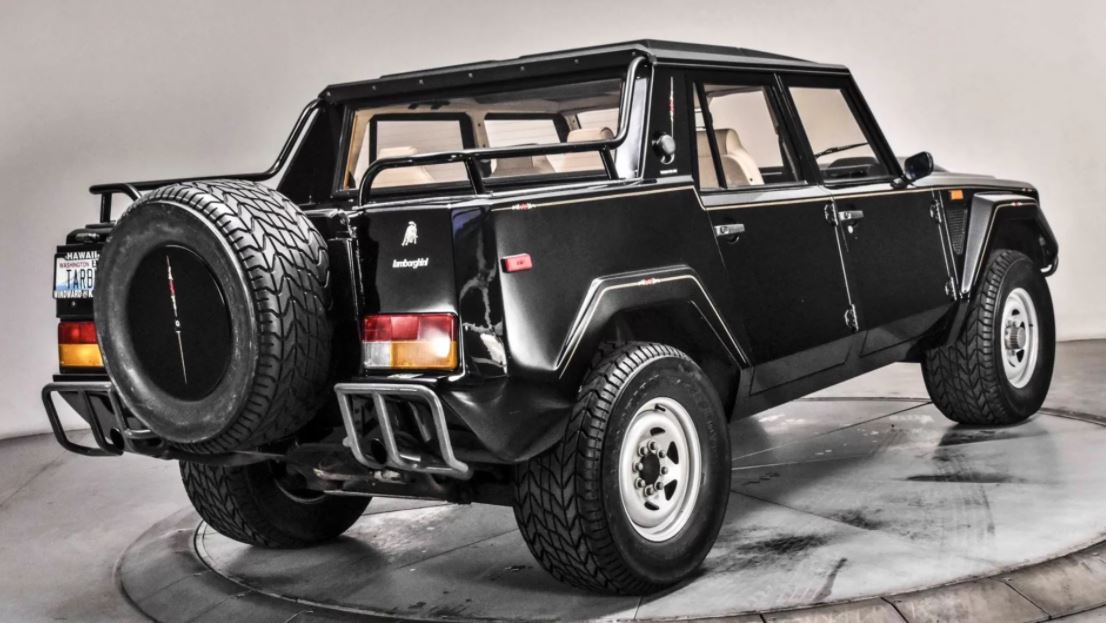 The manufacturer promised that the serial LM002 will be able to gain the first “hundred” for 7.8 and accelerate to a maximum of 210 km / h, but the test of the German magazine auto motor und sport, carried out in 1987, showed that these figures are greatly overestimated: the test Lamborghini LM002 was able to accelerate to 100 km / h in only 9.3 seconds, and the “maximum speed” was 197 km / h. However, by the standards of the 80s, such dynamics for a SUV was considered unheard of, as well as appetite: German testers recorded the minimum gasoline consumption at 25.7 l / 100 km, the maximum – 42 l / 100 km. Average fuel consumption during the test was 31.7 l / 100 km. The volume of the fuel tank is 180 liters. Lamborghini Sian Roadster: atmospheric V12 hybrid song in the fresh air

For sale at Bring a Trailer, a black copy with a white leather interior was imported from Japan to the Hawaiian island of Oahu in 1991, and in 1992 it was resold to the next owner from Washington state, where for the next 27 years the car stood in the garage in the status relics – rare trips were made only for maintenance and prevention of components and assemblies. In 2018, the SUV was bought by a multi-brand dealer and Seattle, the last MOT was carried out last spring. The car is still equipped with Pirelli Scorpion 345/60 VR 17 juice tires specially designed for the Lamborghini LM002.

The features of this instance include non-standard decorative stripes on the body, a custom audio system with a Kenwood receiver fixed in the overhead console and closing trunks in the body (formally LM002 is a pickup truck and does not have a closed trunk). There are scuffs on the bottom, indicating that one of the previous owners investigated the off-road capabilities of the Lamborghini LM002, but there are no noticeable foci of corrosion, which is an incredible rarity for an Italian car of the 80s.

At the time of our publication, the maximum bid for this Lamborghini LM002 was $ 210,000, which is slightly less than the price of the new Lamborghini Urus in the United States, but there are still seven days before the end of the auction and the final price may approach a million dollars.

We add that last year Lamborghini was thinking about releasing the successor to the LM002, that is, a full-fledged modern SUV, but now these plans are in question – Volkswagen wants to get rid of the Lamborghini brand, and its further fate will depend on the new owner.