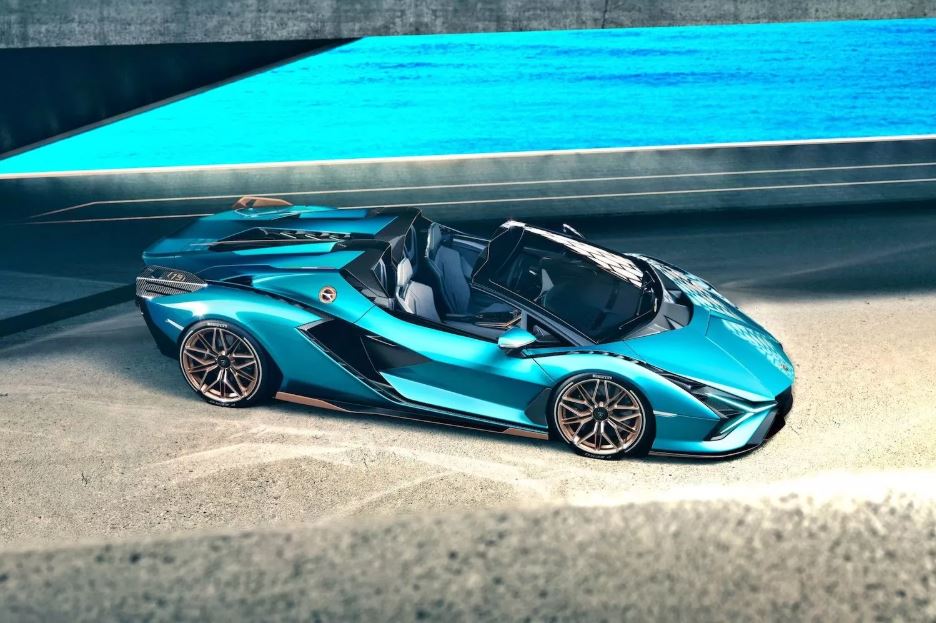 The first hybrid supercar Lamborghini received an open version of the Roadster, which will be released in a circulation of 19 copies. The circulation of the Sian coupe was 63 pcs., And thus together with the roadster it forms the number 1963 – the year the Lamborghini company was founded.

The Sian hybrid coupe made its debut last September on the eve of the Frankfurt Motor Show and was Lamborghini’s response to modern environmental discourse in the auto industry, requiring massive electrification to save the planet from so-called global warming. Specialists from Sant’Agata Bolognese chose a relatively easy way of “landscaping” and turned the middle-aged Aventador coupe into a low-voltage hybrid, that is, they applied a scheme typical of mass and relatively inexpensive cars.

But, of course, there were some original solutions: a 34-horsepower 48-volt electric motor was implanted between an atmospheric V12 (6.5 l, 785 hp) and a 7-speed “robot” with one clutch, and the electricity it produces during braking stored in the rear capacitor located behind the driver’s and only passenger’s seats. Compared to a lithium-ion battery of similar power, the supercapacitor is three times lighter (the hybrid module weighs only 34 kg), it accumulates and gives energy faster, but is effective only at speeds up to 130 km / h, while the “maximum speed” of Sian Roadster is 350 km / h . The maximum total power of the power plant is 819 hp, it is controlled by a simple all-wheel drive system with a Haldex center-to-center clutch. The first “hundred” Roadster picks up in 2.9 s, which is 0.1 s slower than the Sian coupe (probably due to the greater mass, the value of which the manufacturer does not give). Audi equipped the SQ7 and SQ8 crossovers with a gasoline engine, like the Lamborghini Urus

Lamborghini does not say what environmental effect the hybrid scheme gives and how much it can reduce the carbon footprint, but the effect for the consumer is obvious – the electric motor in the transmission gives not only short-term additional power and better responsiveness, but also acts as a torque converter, that is, it smooths out roars at the moment of gear changes why acceleration and deceleration are smoother, maneuvering at low speeds is greatly facilitated. 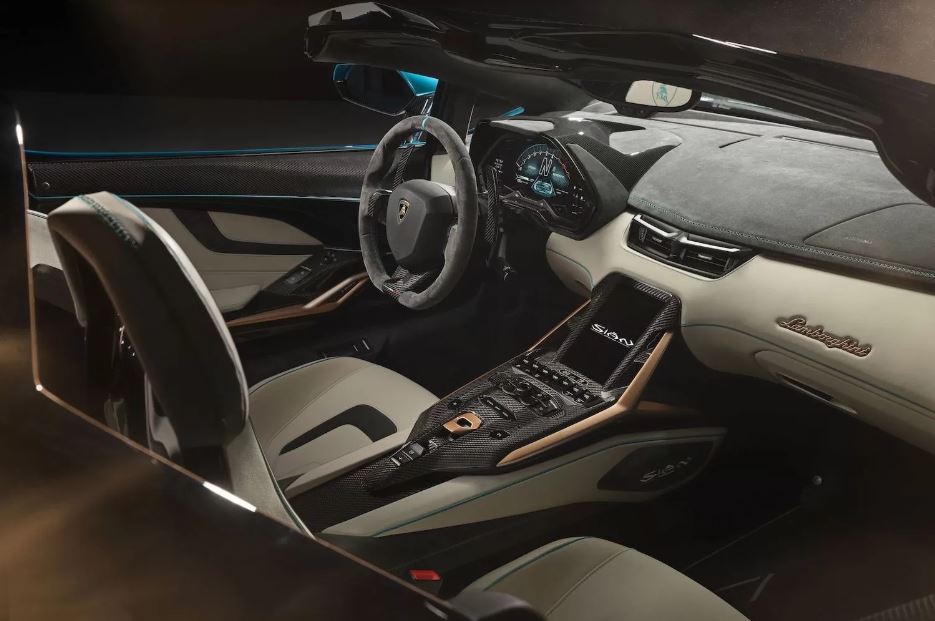 In general, in terms of technology, the Sian Roadster is no different from the original coupe, but it looks a bit more spectacular due to the lack of a roof and the more sculptural design of the engine compartment lid with two carbon safety arches. Active cooling dampers in the stern, which react to the temperature of the exhaust gases, are stored on the roadster.

In this case, we put the word “roadster” in quotes, since the open Sian is not, in fact, a real roadster, it means the classic layout, and for the Sian version without a roof, the Spyder prefix would be more suitable, which is used for open versions of the younger Huracan model . But marketers, for some reason, insisted on a “roadster” – let’s leave it to their conscience. The main thing is that the few happy owners of this model will be able to enjoy the clean high-speed singing of the V12 engine, and the hybrid superstructure does not interfere with this at all.

The cost of the Lamborghini Sian Roadster is not named, since all 19 copies planned for release are already distributed among the best customers of the Italian brand. Is it worth it to envy, a philosophical question. On our own, we only note that in terms of power, the Sian Roadster by today’s standards is nothing outstanding: the popular Dodge Challenger SRT Super Stock, which debuted the other day, with an old-school compressor V8 has only 1 hp. less (that is, 818 hp) and it cannot be said that it looks less cool – it’s just a different, rougher aesthetics, and Sian Roadster is designed to win the hearts and wallets of sophisticated esthetes, although today there are offers and more interesting ones, for example De Tomaso P72.