The global pandemic has caught us all by surprise. The disease is not fatal by itself, but it puts our health system in check with the concentration of cases in a short period of time, since we have no immunity: it is a new disease. All aid is scant and the auto industry is responding.

As in Europe, Chinese factories had to close to stop the pandemic. By the end of January BYD (Build Your Dreams, the world’s largest producer of electric vehicles), had to stop its production. But the Eastern philosophy of supporting the group is very different from the current one and they decided to support the country by manufacturing face masks that would serve to protect the population.

Wang Chuanfu, the president of the company, set up a team of managers from the different divisions and no less than 3,000 engineers. At the end of January, they began to assemble the facilities and now produce 5,000,000 units daily. Production grows between 300,000 and 500,000 units every 24 hours.

The speed with which the production line has been designed and commissioned is amazing. 90% of it has been created by BYD, as indicated by the brand. And it is that in just one day between five and ten mask machines are added to the production. Also, in less than two weeks the company managed to put hundreds of thousands of liters of disinfectants on the market, something that usually costs two weeks.

In addition to protection, the great problem of the world health services is to be able to save the sick who develop the disease in a serious way. It is a low percentage of the total, but if they all crowd on the same dates, the system collapses. There are not enough beds or respirators for the most serious cases: you have to choose who to put the existing ones and that raises the mortality figures. 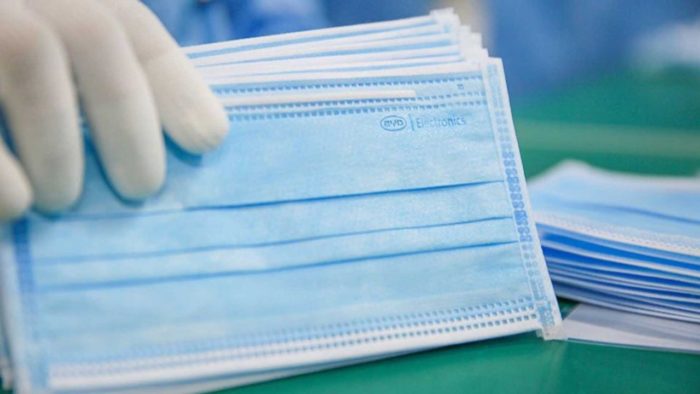 In the United Kingdom, vehicle manufacturers such as Vauxhall and others, such as Airbus have opened plants to print 3D parts. The goal: to manufacture 20,000 fans in two weeks.

President Boris Johnson asked for help and responded by 60 companies with the ability to assemble machines, perform high-level designs and 3D printing to help companies that already manufacture respirators produce more. Companies likely did not charge for lending their expertise or personnel. However, it is believed that the government will pay for the finished fans. Companies like Rolls-Royce or Jaguar Land Rover have already said they are ready to help create fans in any way they can.