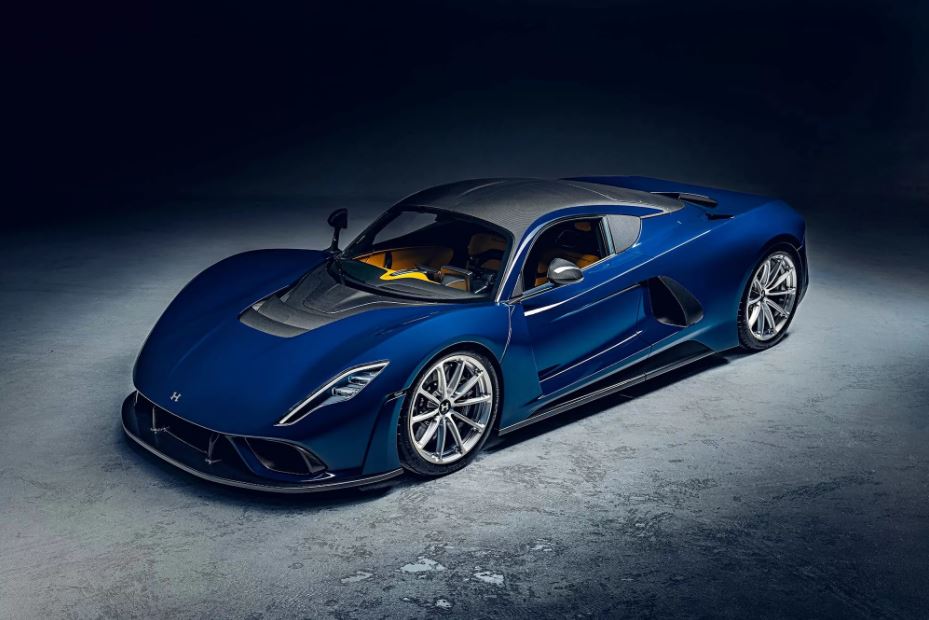 Hennessey first showed the Venom F5 in the fall of 2017 at SEMA, but then the model debuted as a prototype, and the production version was shown this week with a promise to deliver the ordered cars to customers during 2021 (this year Hennessey will celebrate its 30th anniversary). Recall that the name Venom is translated from English as “poison”, and the F5 index refers to the Fujita scale, which evaluates the degree of danger of a tornado. Level F5 is considered catastrophic, with wind speeds reaching 419-512 km / h – a hint of Venom’s maximum speed.

The Venom F5 is theoretically capable of accelerating to 534 km / h, and next year Hennessey will definitely try to set a world speed record for production cars, which now belongs to another American supercar, the SSC Tuatara: last fall, in one of its attempts, it reached 532.93 km / h, although the official record was fixed at around 508 km / h.

The design of the production Venom F5 has not changed much compared to the prototype. The body is based on a carbon fiber monocoque weighing only 86 kg. All exterior body panels are also CFRP. The curb weight of the car is 1385 kg. There is no newfangled active aerodynamics, but thorough blowing in the tube guarantees adequate behavior of the car at high speeds. For a surcharge, a “track package” is offered with a more aggressive front splitter and a rear wing on the struts instead of a spoiler integrated into the rear. 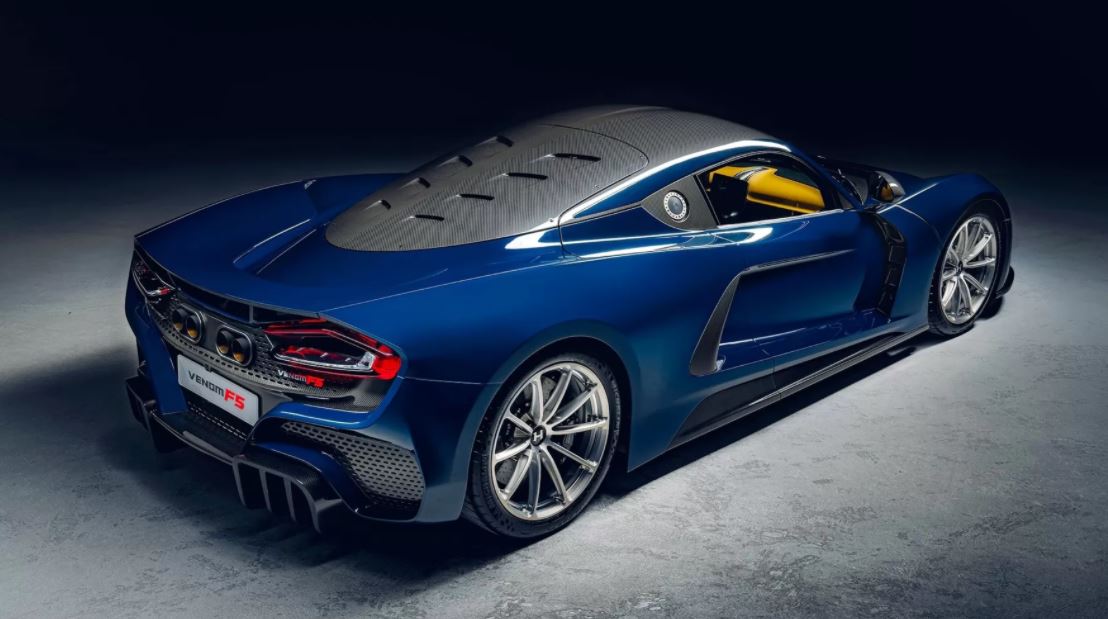 For the first time, the interior of a supercar is shown: it is quite cramped and generously decorated with carbon fiber and leather. Instead of the traditional steering wheel, a multifunctional racing wheel is installed. The instrument panel is a 7-inch monitor in a carbon frame. The second screen with a diagonal of 9 inches is located in the center and is responsible for multimedia functions. The narrow central tunnel houses the gearbox control buttons and the washer for selecting driving modes (Sport, Wet, Drag, Track, F5). F5 mode is designed for maximum speed. For personal belongings, there is a glove compartment at the feet of the only passenger, as well as niches in the doors and in the central tunnel.

The V8 engine, which received its own name Fury, is completely original in the Hennessey Venom F5, although it was originally planned to use a 7.4-liter V8 block made by GM as the basis. Now the block is its own, cast from cast iron, with a working volume of 6555 “cubes” and a camber angle of 90 degrees. Two turbochargers in titanium cases with 76 mm impellers brought the output up to 1842 hp. at 8000 rpm and 1617 Nm at 5000 rpm – this is the most powerful serial internal combustion engine. For comparison, the 5.9-liter V8 in the SSC Tuatara produces 1,774 hp. Greek supercar Spyros Panopoulos Chaos promises 3,000 horsepower sourced from a 4.0-liter V10 unit, but this car has not yet been officially revealed.

In general, as we can see, the Venom F5 has a rather conservative design, typical for the American school of supercar building, which, of course, does not detract from its dynamic qualities, which, hopefully, Hennessey will soon demonstrate in all its glory.