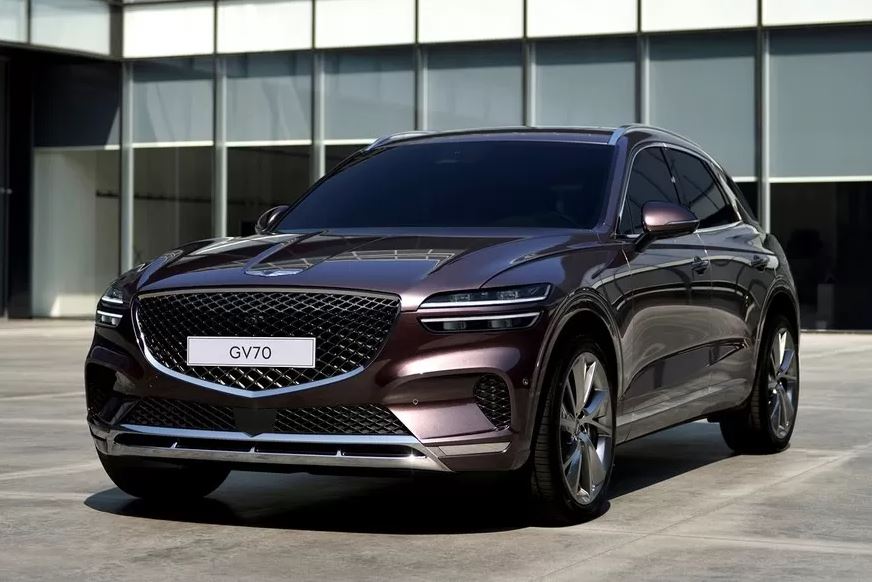 Genesis published several teaser videos, although the design is no longer a secret, and also talked about some of the “chips” of the novelty.

The exterior and interior of the Genesis GV70 crossover were shown on corporate photos at the end of October. The motors are still silent, as well as the sizes. Obviously, all of the characteristics will be revealed during the online debut. Next week, prices will also most likely be announced, but so far only for Korea, because the home market will be the first for the novelty.

Recall, like the rest of the premium brand, the GV70 is built on a rear-wheel drive platform. If the senior SUV of the brand – GV80 – is considered a competitor to the BMW X5 and Mercedes-Benz GLE, then the rivals of the second cross will be the BMW X3 and Mercedes GLC. That is, the dimensions of the GV70 are apparently close to the “Germans”. By the way, the length of the “X-third” is 4708 mm, the distance between the axles is 2864 mm, the dimensions of the Mercedes are 4658 and 2873 mm, respectively.

The exterior design follows the current Genesis corporate identity, although there are some peculiarities – for example, the rear fins and triangular windows behind them. Also, the GV70 will be offered in the Sport version, this cross has more aggressive bumpers, black decor instead of chrome, large round exhaust pipes and 21-inch original wheels. Genesis G80 2018 And High Requirements

The novelty has its own interior, here the line, in which the air vents are hidden, runs through the entire front panel, skirting the “tidy” from above, and the “climate” control unit and the buttons located to the left of the driver are placed in a single “oval”. The GV70 Sport has a three-spoke steering wheel and carbon fiber parts.

In addition, Genesis recently spoke about a couple of “chips” of the model. So, the crossover received a fingerprint scanner: the sensor is located under the engine start button, with its help you can not only, in fact, turn on the ignition, but also log in to the Genesis CarPay system (allows you to pay, for example, parking or refueling) and activate the associated mode Valet Mode (in this case, personal information is not displayed on the screen of the multimedia system), plus “start” individual settings (seats, steering wheel, multimedia and head-up display, the last laid route also appears). The second feature of the GV70 is a ceiling-mounted radar sensor that assists the second-row passenger reminder system. With this sensor, the manufacturer claims the system can even detect the baby’s breathing, and not only the movement of arms and legs, it also “sees” animals, even behind chairs and in carriers (but not metal ones). In general, no one will be forgotten in the car (yes, in some countries this is a real problem). 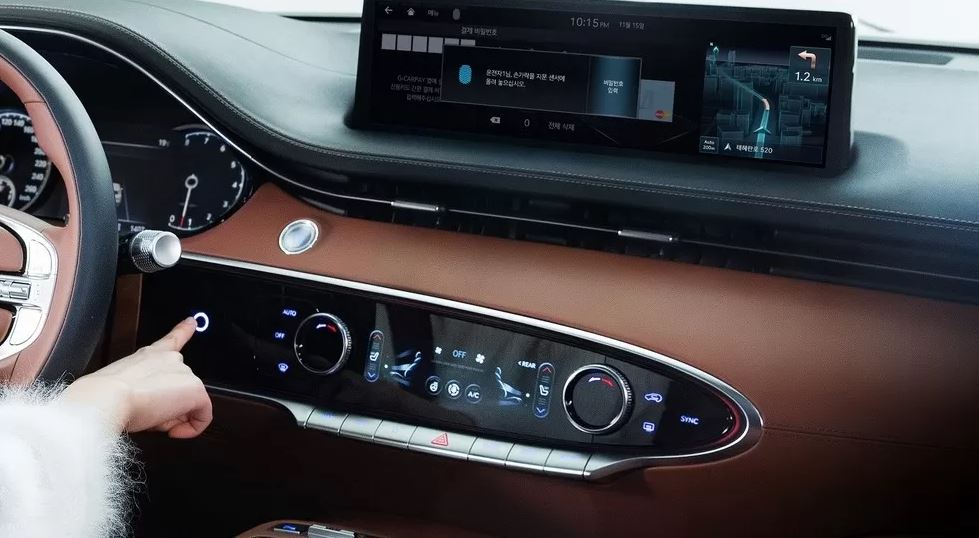