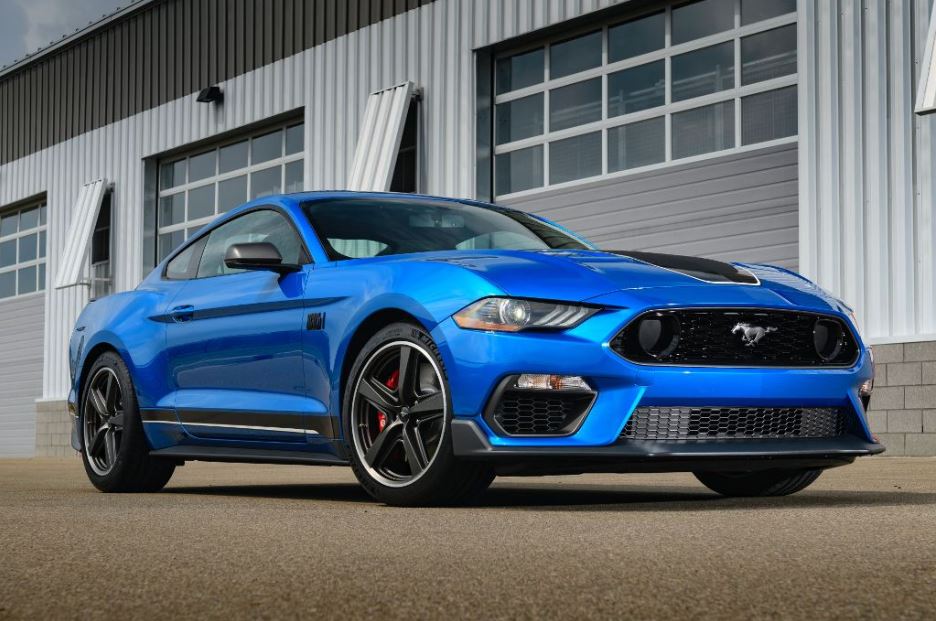 The American manufacturer said that Mach 1 is a global model. The track car will enter the North American market in the spring of 2021.

Ford introduced the “charged” version of the Mustang – Mustang Mach 1 – in 1968 (the prefix got its name from the threshold of sound speed). Such a first-generation car had a suspension and V8 engines that were different from the “regular” Mustang, with a volume of 5.8 to 7.0 liters with a return of 253 to 340 hp. (maximum torque – from 481 to 597 Nm). They were paired with a three-speed “automatic”, as well as three- and four-speed manual gearboxes. Subsequently, the “hot” modification was updated, and after it was replaced by a generation. In 1978, its release was discontinued. The first break lasted until 2003: however, the version of Mach 1 returned for a short time, only until 2004. This “two-door” was a 305-horsepower V8 with a volume of 4.6 liters (434 Nm), which was paired with either a four-speed “automatic” or a five-speed manual gearbox. Now Ford has again decided to revive the “charged” Mustang with the familiar prefix: today the novelty is completely declassified.

The American manufacturer has officially confirmed plans to return the Mustang Mach 1 at the end of last month. At the same time, several official pictures were published of a partially covered car during tests. Now the disguise has been reset: the novelty received stickers on the body and a mesh radiator grill with round holes – this element sends us to the very first Mach 1, however, it was not air intakes, but part of the optics. Under the headlights there are side grilles, and on the hood there are small slots on the sides that serve to cool the engine. 19-inch wheels are visible in profile, and at the stern of the “two-door” there is a diffuser, a black spoiler, a pair of twin exhaust pipes located below.

Salon track Mustang is not much different from the regular version of the model. It has a dark front panel with aluminum decorative elements, other door sills, Recaro sports seats, as well as a white gear lever (for versions with “mechanics”). Will the next Ford Mustang be a hybrid with the V8 engine and all-wheel drive? 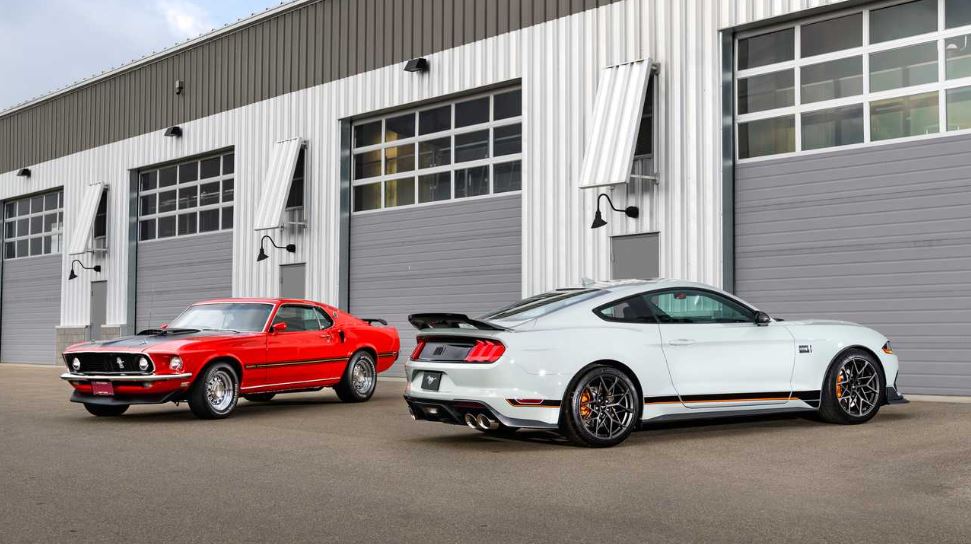 Ford Mustang Mach 1 filled a gap in the family, being between the Mustang GT Performance Pack 2 and the Shelby GT350 modification. The novelty is equipped with a 5.0-liter naturally aspirated V8 engine with a return of 487 hp. (achieved at 7000 rpm) and a maximum torque of 569 Nm (at 4600 rpm). The Mustang Bullitt engine of 2020 has the same characteristics, but it received a cooling system and part of other elements from the Shelby GT350. From the same version, the new Mach 1 also got the six-speed “mechanics” Tremec 3160. An alternative is the ten-speed “automatic” SelectShift with an updated torque converter.

The company said that the Ford Mustang Mach 1 will become a global model, but in which markets it is worth waiting for, until it is specified.

North American dealers of track Mustang will appear in the spring of 2021. There is no pricing information yet. Note that in the home market a regular Mustang costs at least $ 35,630, and for the Shelby GT350 version you need to pay at least $ 60,440.

It was previously reported that Ford could create a separate sub-brand for Mustang cars. In this case, it will include not only the current “two-door”, but also the Ford Mustang Mach-E electric crossover. This “green” car was introduced in the fall of 2019, however, due to the coronavirus pandemic, the company postponed the start of its production.