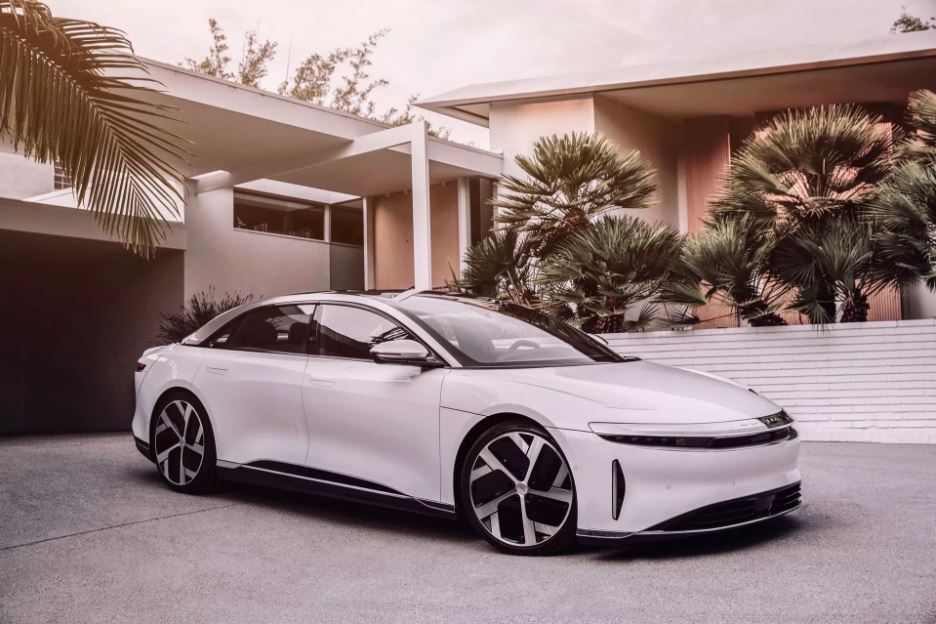 The American company Lucid Motors has unveiled the production version of its first model, the large electric Air sedan. Buyers will be offered four modifications at a price of 80 thousand to 169 thousand dollars.

Lucid Motors showed the prototype of the Air sedan back at the end of 2016 with a promise to launch production in 2018, but due to lack of experience and funding problems, this schedule failed miserably – the online presentation of the serial version was held only on September 9, 2020, moreover that the construction of its own plant in Casa Grande (Arizona) has not yet been completed, and in the spring of 2021 Lucid Motors intends to start shipping the first conveyor machines to customers.

At the heart of the Air sedan is the original LEAP (Lucid Electric Advanced Platform) platform with an integrated 900-volt lithium-ion battery with a capacity of 113 kWh (cells supplied by LG Chem). The wheelbase is 2960 mm, the overall length is 4975 mm. There are two luggage carriers – front for 202 liters and rear for 456 liters. The suspension is not pneumatic, as one might expect from the model name, but spring-loaded, with adaptive electronically controlled shock absorbers: the front is double wishbone, the rear is multi-link. The aerodynamic drag coefficient of the body cx is 0.21. This is the robot that will be able to charge your electric car for you 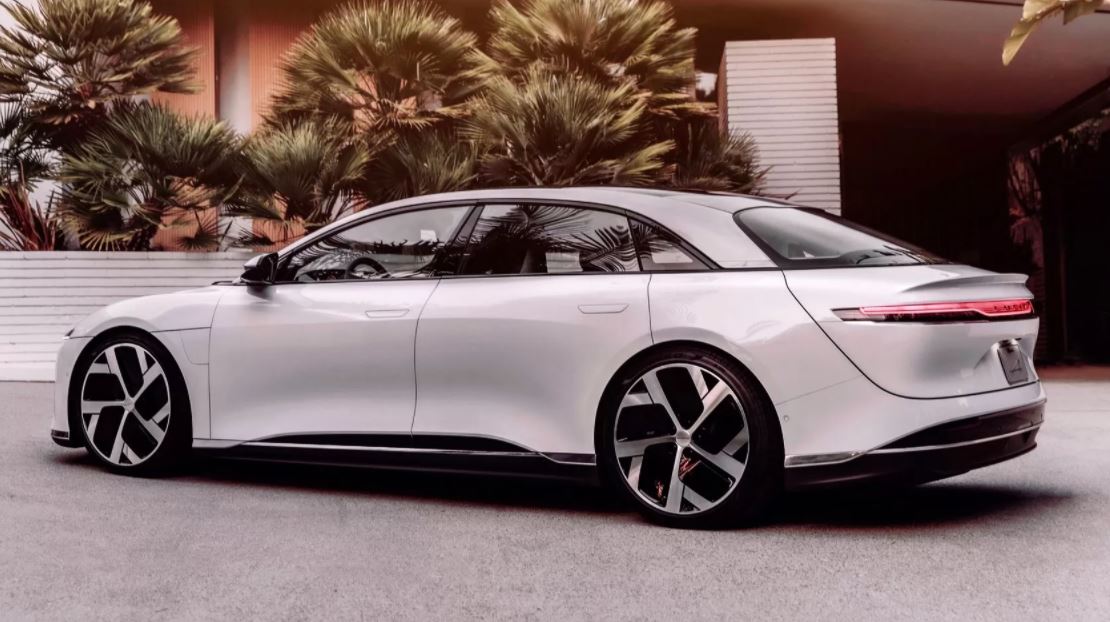 Lucid Motors is going to manufacture all the key components for its electric vehicles itself and is very proud of the compact and powerful electric motors: with a mass of 74 kg, one motor can deliver up to 500 kW (680 hp). The base version of the Air will be equipped with a single electric motor on the rear axle and will not go on sale until 2022 at a price of $ 80,000 – its specifications have not yet been announced.

In addition, at the end of next year, the premiere of the three-engine Air Performance version, even more powerful and dynamic, is expected.

All Air versions are united by the possibility of fast charging – from a 300-kilowatt express terminal, you can replenish the range of 300 miles (483 km) in just 20 minutes, but there are still few independent speakers of such power in the USA: for example, there are only 350 of them in the Electrify America network ., the remaining 1800 stations have a capacity of 50 to 150 kW. An island in New Zealand wants to become the first residential place exclusively for electric cars 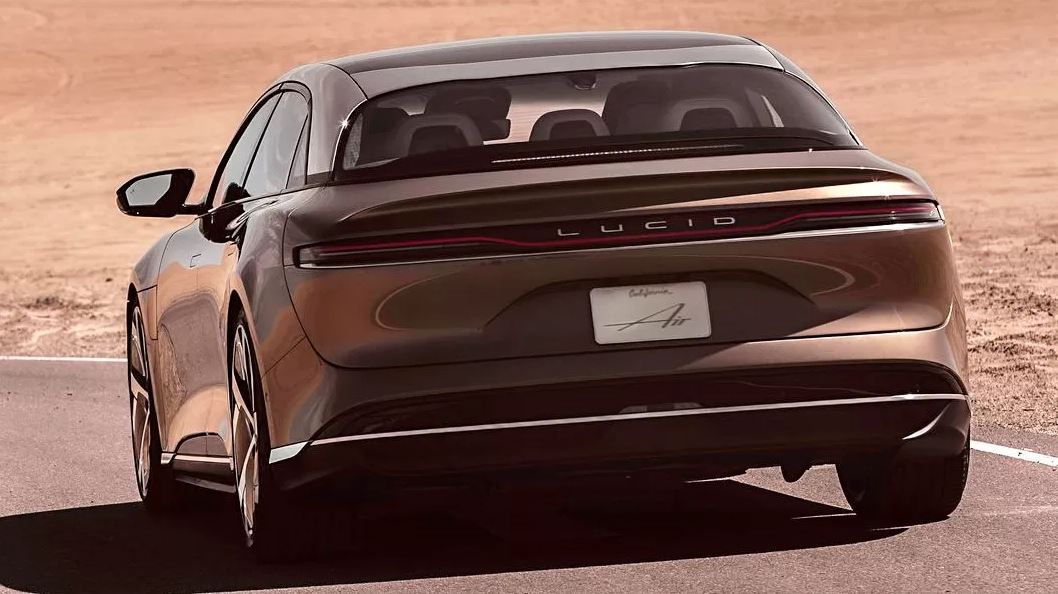 The interior of the production version is almost the same as that of the prototype: a panoramic 34-inch instrument panel with 5K resolution is deployed in front of the driver. On the center console there is another tablet that can be pushed into the panel and open access to the storage niche. The windshield leaks up to the middle of the roof – replacing it in the event of an accident is likely to be prohibitively expensive. The back sofa is three-seater, two separate armchairs will be offered as an option. 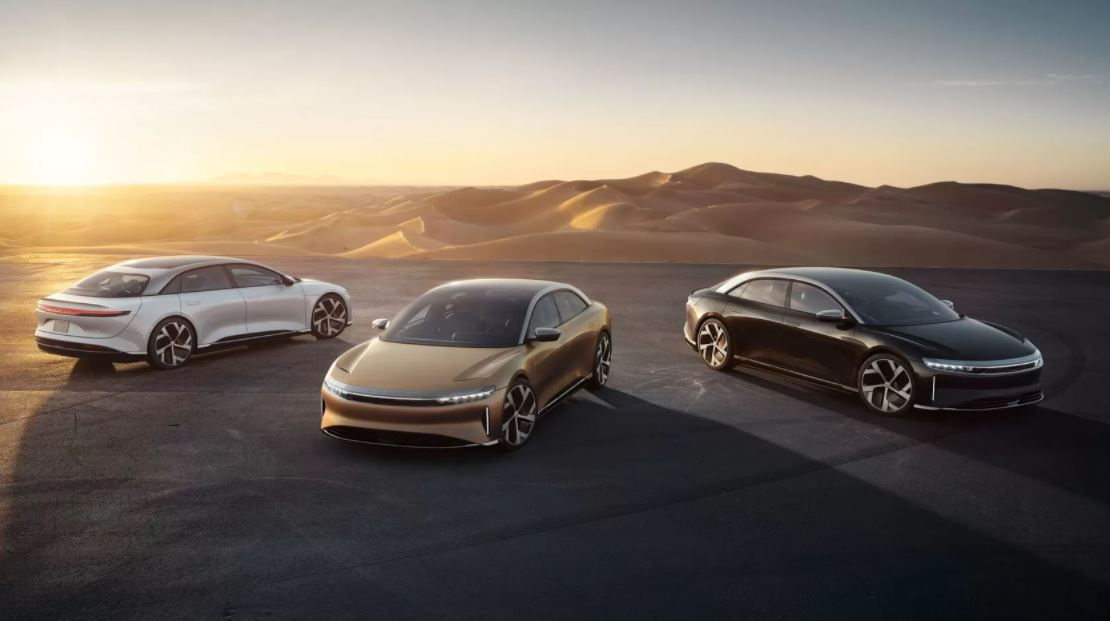 Also available as an option will be a cold-climate package, an 800-watt audio system with 21 speakers and an SAE Level 3 autopilot based on a 32-component artificial vision system (lidar available). In fact, only the second level will work, since the third has not yet been legalized and is unlikely to be legalized in the near future.

It will be possible to buy Lucid Air not only online, but also in the traditional way through a car dealership: by the end of 2021, the company plans to open two dozen show rooms and service centers in the United States, where the car can be touched live and made a test drive. The plans also include entering the markets of Europe and the Middle East.

As part of the presentation of the serial Air, the future crossover Lucid was exposed, the appearance of which is no longer a secret – in August, the car was photographed by eyewitnesses during a promotional shoot in California. The premiere date of the crossover has not yet been announced.