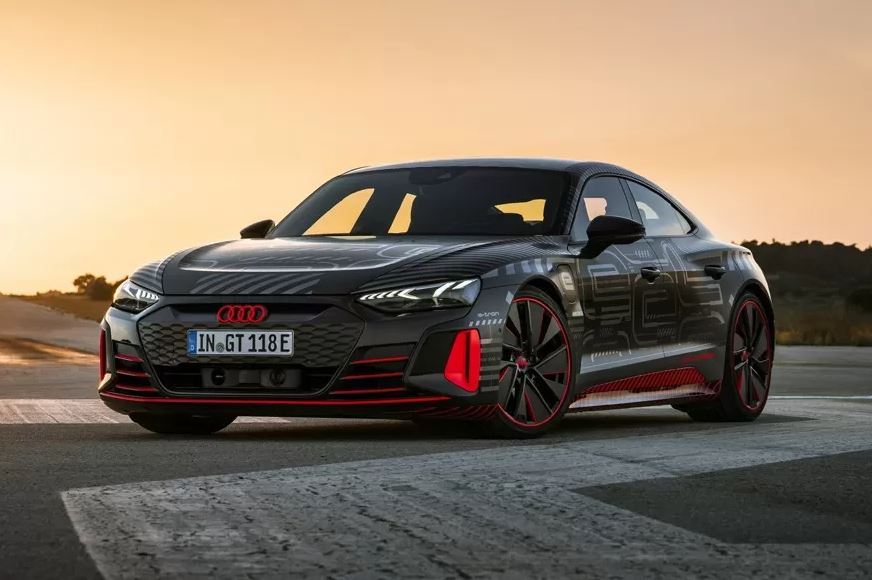 More details about the RS e-tron GT sport sedan have been revealed. The German automaker intends to present it by the end of 2020.

The Audi brand is a part of the Volkswagen Group, which has set itself the goal of developing electric vehicles. Recall that the first electric car of the brand was the e-tron crossover, created on the MLB Evo platform. Then its coupe-like version debuted – the e-tron Sportback SUV. Next, the premiere of the e-tron GT sedan will take place – the German company will present its serial version before the end of this year. By the way, this “four-door” will also have a “charged” version with an increase in RS. This Audi RS 7 Sportback must be one of the most detailed models in the world

The forerunner of the novelty – the concept Audi e-tron GT – was presented in 2018. The company recently released photographs of the prototype in camouflage film. Now there are new pictures of a camouflaged prototype, which several journalists were able to test on the road, the test took place in Greece.

The outwardly disguised prototype almost repeats the 2018 concept and pre-production version of the “regular” e-tron GT. Apparently, the “charged” sedan can only be distinguished by contrasting details and nameplates with the modification name. As we noted earlier, in comparison with the show car, the shape of the side windows has slightly changed, traditional door handles have appeared, the LED lights, bumper and diffuser look differently. There are still no pictures of the salon.

Audi has not yet shared official information about the “stuffing”, it is only known that it is based on the same platform that underlies the Porsche Taycan. According to journalists, the “hot” electric sedan Audi RS e-tron GT will receive a twin-engine power plant, the total output of which will be about 600 hp, and the maximum torque – about 830-850 Nm. Power in overboost mode for a short time rises to 647-655 hp. To accelerate from 0 to 100 km / h, the electric car needs about 3.1-3.5 seconds, while the sedan weighs about 2300 kg. The battery capacity is 93.4 kWh (of which 83.7 kWh is actually used). The power reserve, presumably, is enough for a path length of 402 km (the calculation was carried out according to the WLTP cycle used in Europe). The five most important Audi RSs of the last quarter of a century 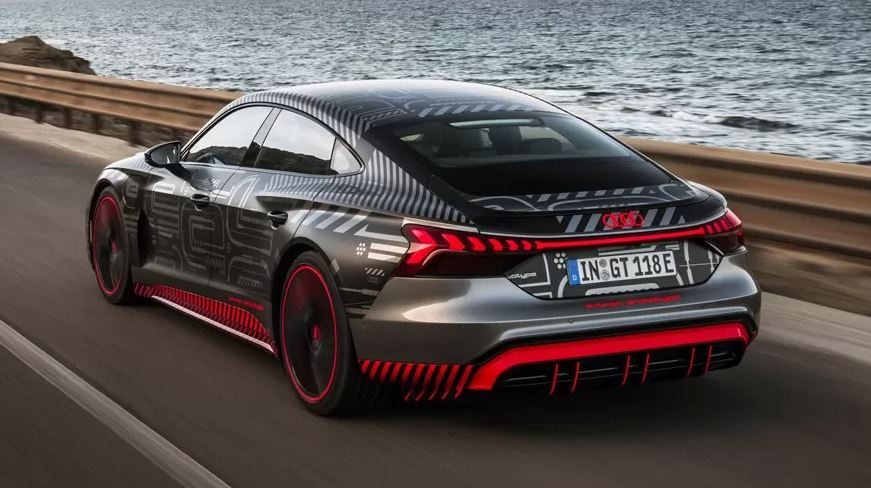 Note, earlier on the Web there was information that the “charged” model can get a three-engine power plant. In this case, the total output of the Audi RS e-tron GT system would be around 710 hp. For comparison, the top-end “green” Porsche Taycan Turbo S has two electric motors, their total power (in overboost mode) is equal to 761 hp. (1050 Nm). This electric car needs 2.8 seconds to accelerate from zero to “hundreds”.

Audi planned to present the serial e-tron GT sedan at the Los Angeles auto show this fall, but due to the coronavirus pandemic, the debut had to be postponed until early 2021. At the same time, the company added that simultaneously with the “regular” version, a “hot” version of RS will be presented. Both options will go on sale in the middle of next year.

The e-tron GT RS version will obviously be the most expensive in the model lineup, however, it will still be cheaper than the Porsche Taycan Turbo S. The US starting price tag of the hot electric Audi is 185 000 dollars, which are asked for a “green” Porsche car.