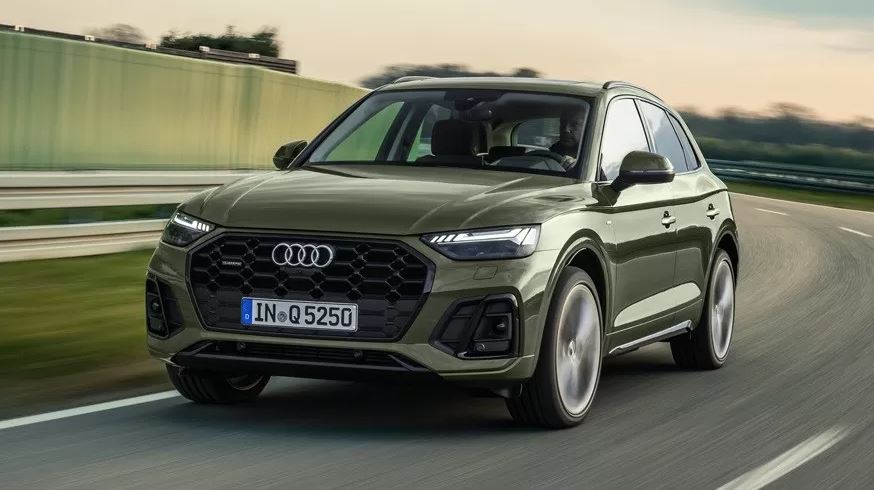 Sales of the new crossover German brand in Europe and the United States will begin in the fall. Prices for a restyled SUV are already known.

Audi has been releasing the current second generation of the Q5 crossover since 2017. Last year, the model’s performance decreased slightly, for example, in the United States, customers bought 67,516 units, which is 3.5% less than a year earlier; and European dealers sold 63,915 units in 2019, which corresponds to a decline of 9.8%. Now the SUV got to the planned restyling, the updated car was declassified on the Web.

The “freshened” Audi Q5 has the base head optics LED, and as an option, matrix headlights with dynamic turn signals are offered. The lights have different graphics, and rear optics with organic light-emitting diodes (OLED) are available for a fee, this technology was introduced on the TT RS sports car several years ago. In addition, during restyling, the car received different bumpers, the front steel has larger air intakes, as well as a modified octagonal radiator grill, which now does not adjoin the headlights (in the S line versions it has a “honeycomb” pattern) and other side sills. There are 21-inch wheels in the lineup (previously the largest wheels on the Q5 were 20-inch wheels), the minimum diameter is 18 inches.

The interior of the restyled crossover Audi was updated with the new MIB3 multimedia system with a MMI touch screen with a diagonal of 10.1 inches (the current version has 8.3 inches) and the wireless function of devices supporting Apple CarPlay and Android Auto. You can control the infotainment system using voice commands. The washer for managing the media complex on the central tunnel was occupied by a box for storing small items. In the initial versions, the dashboard is still analog, but an optional 12.3-inch digital “tidy” plus a projection display is optionally offered. Inside, walnut wood inserts and an additional version of leather upholstery with contrasting stitching appeared.

The initially updated Audi Q5 will only hit the market with a 2.0-liter TDI turbo diesel with 204 bhp. and a maximum torque of 400 Nm. This engine has expanded the range of the current SUV last year. The motor works in tandem with a 12-volt starter-generator (an MHEV add-on that is responsible for the start-stop system and turns off the engine during braking at a speed of 22 km / h). The car has a quattro ultra all-wheel drive system (with a pair of rear axle couplings) and a seven-speed S tronic “automatic” with double clutch. To accelerate from zero to “hundreds”, such a crossover needs 7.6 seconds, the maximum speed is 222 km / h. The Audi Q5 launches micro hybrid diesel versions of access to the range 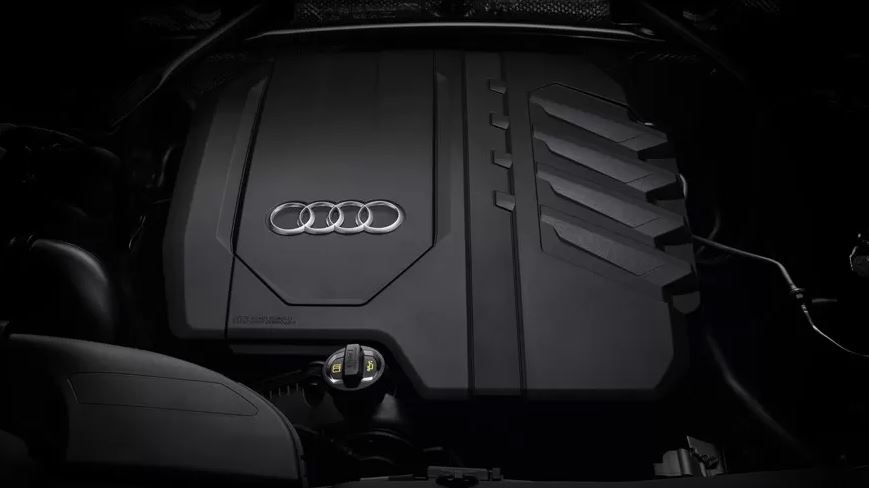 Subsequently, a couple more variants of the 2.0-liter TDI turbodiesel in various boosting options and complete with a moderately hybrid superstructure will replenish the engine range (the company said that it allows saving up to 0.3 liters of fuel per 100 kilometers). Also later in the line of “refreshed” Q5 will be two versions of the 2.0-liter TFSI gasoline supercharged engine: the current one has only one such engine, its output is 245 hp. (370 Nm). They in Europe also put 12-volt hybrid hangers. In addition, the 3.0-liter V6 TDI diesel engine with a 48-volt starter-generator, as well as TFSI e rechargeable hybrids based on the 2.0-liter “turbo four” (299 hp boost options) will remain in the gamut. , 450 Nm and 367 hp, 500 Nm). Transmissions, in addition to the 7S tronic, are six-speed “mechanics” and Tiptronic.

The assembly of cars is established at the Mexican plant of the company, which is located in San Jose Chiapa. Dealers in Europe and the United States updated Audi Q5 will get in the fall of 2020. Sales will begin with version 40 TDI, in Germany such a car can be bought for at least 48,700 euros, while now the starting price tag for the model is 44,700 euros.