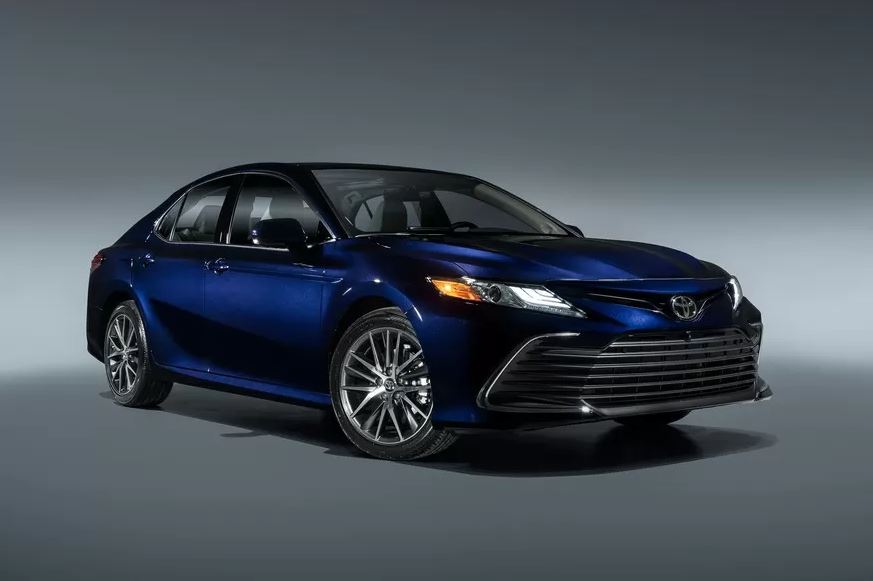 So far, a refreshed sedan, intended only for the American market, is presented. Models received a slightly corrected appearance, inside there are more significant changes, but the engines are the same.

In the United States, the four-door Toyota Camry of the current generation started in 2017. Three years for the model is not such a long time (if it is not China, of course), but easy restyling is already quite acceptable. And although according to the results of 2019, the Camry is the best-selling sedan in the United States, however, it nevertheless went into a “minus”: 336,978 cars were sold, which is almost 2% less compared to 2018. That is, the new thing is clearly the way.

So, the company refused the simplest execution of L, henceforth the “initial” configuration is LE. This version and the next XLE (they are called “comfort-oriented” in the company) no longer have a distinct V-shaped detail in the front, and the grille is limited to chrome “horseshoes”. In the “sport-oriented” variants of SE and XSE, the grill now is with honeycombs instead of a simple mesh, air intakes were also designed, plus black inserts appeared above them. The palette of body colors and the range of discs are also expanded. But the feed is the same. The “sporty” Camry TRD did not seem to have changed at all, but it was given a new, exclusive color.

Inside installed a multimedia system with a “floating” screen (like RAV4), that is, rising above the front panel (for the pre-reform sedan, a display is built into it). The central deflectors had to be moved under the tablet (it happens to be 7- or 9-inch, earlier it was 7 ”or 8”), while the previous Toyota Camry had them above it. New trim materials also appeared, and the standard equipment list included a system reminiscent of passengers “forgotten” in the back seat (such a system was introduced in the States for the safety of children). When Toyota Camry 2018 Is For Every Taste, Which Version Would You Choose?

The updated Camry was the first model of the brand to receive a modified set of Toyota Safety Sense 2.5+ safety systems. So, the frontal collision avoidance system recognizes not only passing, but also oncoming cars (it works when turning left), plus it “sees” pedestrians and cyclists even in low light. Adaptive cruise control will be able to resume movement itself after a short stop, he also has an assistant for changing lanes (to overtake slower cars).

The reform engines were not affected. In the United States, Toyota Camry is available with aspirated 2.5 (205 – 208 hp depending on configuration) and V6 3.5 (305 hp), plus a hybrid version based on a 2.5 engine (total output – 211 hp). ) By the way, the top performance of XSE for the first time can be in the form of a hybrid. For “traditional” cars with a base motor, four-wheel drive is provided.

The updated sedan will enter the US market in the fall, prices have not yet been announced. The pre-reform “four-door” in the second oldest version of LE today costs from $ 24,970. The rest of the equipment L is not much cheaper – from $ 24,425. All prices are exclusive of shipping and taxes.