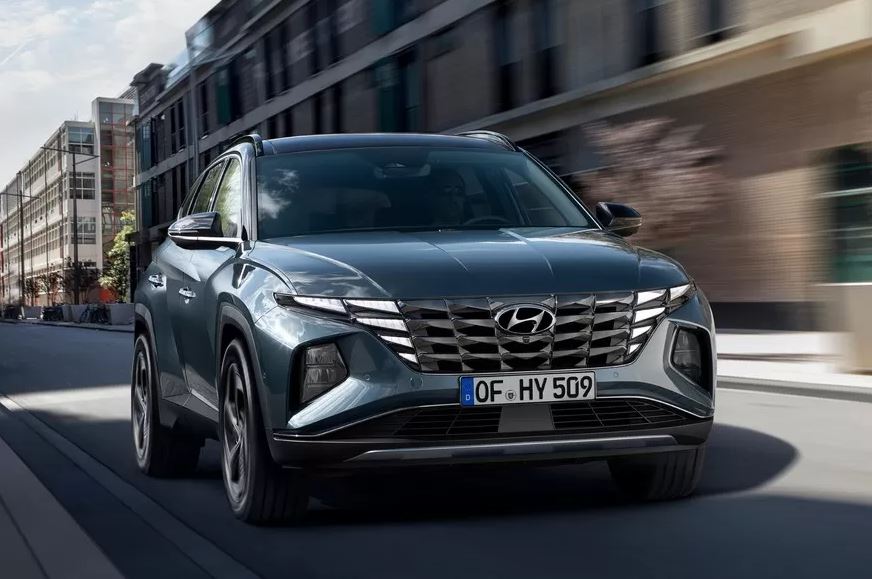 The Korean brand has officially presented the fourth generation Tucsan. The cross has been radically transformed inside and out, and also acquired new equipment. The model will continue to be available with gasoline and diesel engines, in addition, in some places, buyers will be offered several hybrid versions.

The outgoing third-generation Hyundai Tucson SUV with factory index TL has been produced since 2015. The model turned out to be successful for example, in Europe it leads the brand’s sales rating. True, last year Tucsan went into negative territory in all major markets. So, according to CarSalesBase data, in the Old World at the end of 2019, demand fell by 0.7% to 136,608 units, in the States by 3.5% (137,381 copies were sold), and in native Korea sales dropped by 14 up to 36,758 pieces. The “fourth” Tucson with the NX4 index will try to return buyers, and it will take on a bold design and equipment.

So, the look of the SUV is based on last year’s Vision T show car, and the general name of the company’s current design concept is Parametric Dynamics. The main “chips” of the exterior of the new Tucson: daytime running lights integrated into the grille (they are not visible when they are turned off, the main headlights are located below), sharp edges on the sides, massive wheel arches (17-, 18- or 19-inch wheels) and “fanged” tail lights, united by a luminous strip. The palette of body colors has also been expanded, plus a two-tone paint is provided for the model. The interior of the new Hyundai Tucson: a strange TV and buttons instead of a lever box

The cross is based on a new platform (McPherson in front and a multi-link in the rear), electric power steering is made according to the R-MDPS scheme (the electric motor of the amplifier is located on the steering rack), and you can also choose a suspension with adaptive shock absorbers. The all-wheel drive versions (with a clutch on the rear axle) now have “off-road” modes Mud, Sand and Snow.

With the change of generations, the Hyundai Tucson has grown, moreover, it has acquired an extended version. The length of the standard “fourth” cross (this is intended primarily for Europe) is 4500 mm, which is 20 mm more than its predecessor, width 1865 mm (+15 mm compared to the “third” SUV), height 1650 mm (+5 mm), the wheelbase is increased by 10 mm to 2680 mm. And in Korea they will offer a SUV with a length of 4630 mm, the distance between the axles of such a Tucsan is already 2755 mm. Note that in the release of the American division of Hyundai, both modifications are indicated, so in the United States, apparently, they will sell both “short” and “stretched” Tucson. Meanwhile, even the long-wheelbase cross-country is still only five-seater, although earlier there were rumors about a three-row version it is possible that it will replenish the range later. 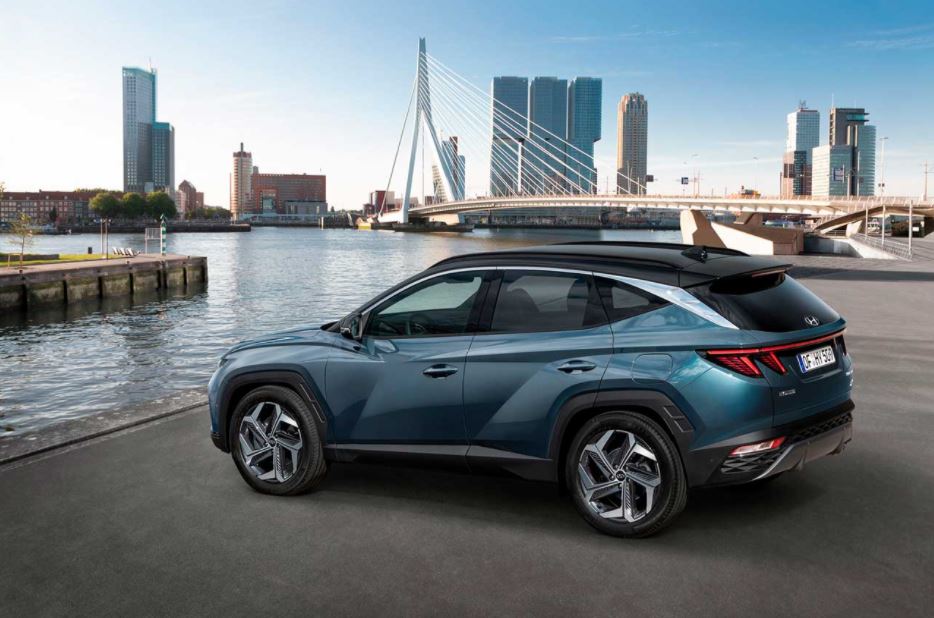 Inside, Tucsan has also completely changed, here is a virtual “tidy” with a diagonal of 10.25 inches (without a visor), made in the form of a single touchscreen block of a multimedia system (8 or 10.25 inches and a touchscreen control panel for three-zone climate control (but the base crossover has a simple radio tape recorder, physical buttons and washers for “climate”), there is contour lighting and additional hidden air vents.The central tunnel is two-story, and instead of the traditional lever of the box, a push-button remote control was installed. The back of the rear sofa can be folded in the proportion of 60:40 or 40:20: 40. Well, it has also become more spacious in the cabin: in the “short” Tucson the distance between the first and second rows has increased by 26 mm compared to its predecessor. seats 1799 liters (other versions: 546-616 1725-1795 liters). Absolutely new Tucson 2016 implements Hyundai’s motto “New thinking. New opportunities”

Also in the arsenal of a new generation model appear: adaptive cruise control, all-round cameras, an airbag that unfolds between the driver and the front passenger (so that they do not collide in the event of an accident), frontal collision avoidance systems (also triggered when turning on crossroads), monitoring of “blind” zones (the picture is displayed on the “tidy”) and keeping in the lane, car parking (can be controlled from the remote control). 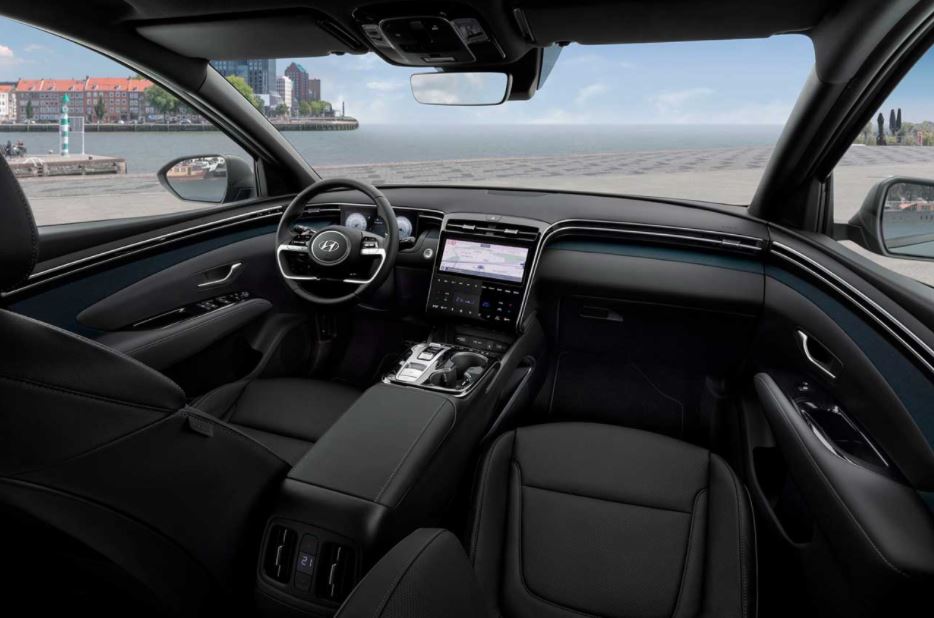 In Europe, the Tucsan engine range includes a 1.6 T-GDI gasoline turbo four (150 hp) and a 1.6 CRDi turbo diesel (115 hp), both engines are combined with a six-speed “mechanics”. Gasoline cross-country is available with both front and all-wheel drive, diesel only all-wheel drive. The Europeans will also be offered “soft” hybrids with a 48-volt starter-generator: the “appendage” is put on a 1.6 T-GDI gasoline engine (150 or 180 hp) and a 136-horsepower 1.6 CRDi diesel engine, boxes a six-speed “intelligent mechanics” iMT the pedal is not mechanically connected to the clutch) and seven-speed robotic with two clutches, front or full drive.

In the Old World there will also be a “regular” hybrid with a 180-horsepower 1.6 turbo engine, a 60-hp electric motor, 6-speed automatic transmission and a lithium-ion battery with a capacity of 1.49 kWh (located under the rear seats).

The combined output of the Tucson HEV is 230 hp. And in 2021, a full-fledged rechargeable hybrid based on 1.6 T-GDI should enter the European market, its total power is 265 hp, the company will reveal the rest of the details about PHEV later.

In Korea, Tucson got 1.6 T-GDI (180 hp, 7DCT) and a “standard” hybrid unit (one that cannot be charged from the mains), but the turbodiesel is different 2.0 CRDi with 186 hp, it works in paired with a classic eight-speed “automatic”. And for the United States, a 2.5 GDI gasoline atmospheric engine (190 hp) is declared. By the way, all of the aforementioned engines of the new Hyundai Tucson belong to the Smartstream family. 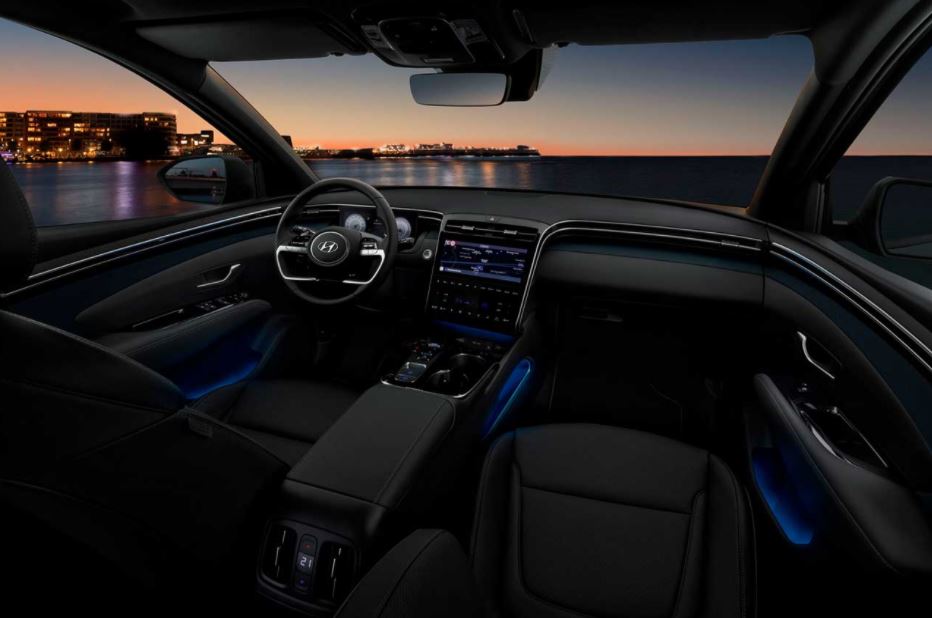 In the homeland of the brand, orders for the crossover begin to be accepted from September 16. Gasoline Tucson there costs from 24,350,000 won (about 20 500 dollars at the current exchange rate), diesel will cost at least 26,260,000 won (22 000 dollars), the price of the hybrid will be announced in October. A new SUV will start appearing at European dealers at the end of this year, but full-fledged sales will start in 2021. Moreover, next year, the cross will still acquire a “sporting” version of the N Line (the current Tucson also has one).