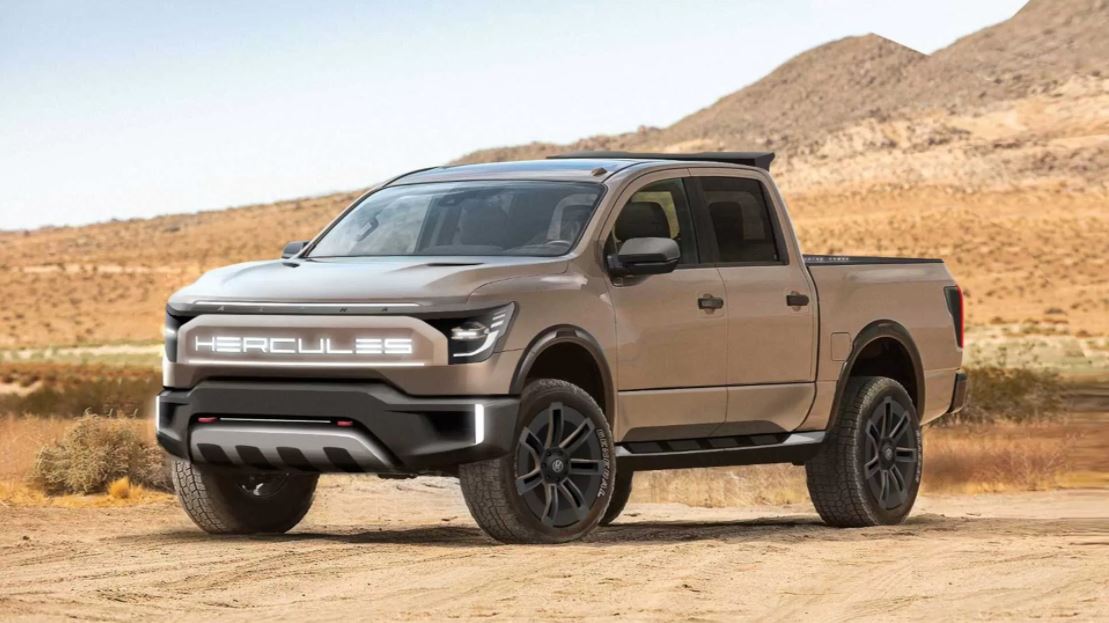 Detroit-based startup Hercules Electric Mobility Inc. intends to organize the production of all-wheel drive electric pickups with a capacity of about 750 kW (1,020 hp) and with a range on a single charge over 300 miles (483 km).

Hercules Electric Mobility Inc. was founded in 2018 by entrepreneur James Breuer, who previously worked at Ford and GM on green projects (electric cars, hybrids, hydrogen cars), and in 2019 he was co-founded by Greg Weber and Julie Tolly, also positioned as experienced managers in areas of the auto industry. In general, the energetic team of Hercules, as reported on the company’s website, has more than a century of expertise in the auto business …

The company’s only announced product so far is the full-size Alpha pickup. In public space, it exists so far only in the form of photoshopped pictures, in which the Nissan Titan is easily guessed.

These pictures have been circulating in the media since the spring of this year, and the other day Hercules announced that it plans to supply its pickups with folding body covers with built-in solar panels, which will slightly increase the pickup’s range, provided that the driving takes place during the daytime. … These covers will be made by the Canadian company Worksport: it offers such covers as an accessory for other popular American pickups, but in this case it will act as an OEM supplier.

The specifications of the Hercules Alpha are not yet very detailed. It is known that the pickup will be equipped with four electric motors (one for each wheel) with a total capacity of about 750 kW. The supplier and battery capacity are not named, but a single charge should be enough for 300 miles (483 km). Acceleration to 60 mph (96.56 km / h) will take less than 4 seconds, top speed is limited to 120 mph (193 km / h). Promised fast charging, excellent handling and the ability to turn on the spot (this is when the wheels on the starboard side rotate in one direction, and on the left – in the other). The payload of the pickup is 1134 kg, the weight of the towed trailer is 5670 kg.

The interior will be finished with luxurious materials, but its only picture is again a Nissan Titan edited on a computer.

The start date of production and prices have not yet been announced, but Hercules is already accepting orders for the Alpha pickup: they take a deposit of $ 1,500 from customers, and by the end of spring, 1,800 orders were allegedly already accumulated for a total of $ 27 million.

At first glance, a dull office, but let’s not rush to conclusions – perhaps the developers are simply not ready to reveal all the cards yet. The Hercules website says that the company is ready for cooperation and borrowing ready-made solutions, that is, it is not going to produce everything itself. 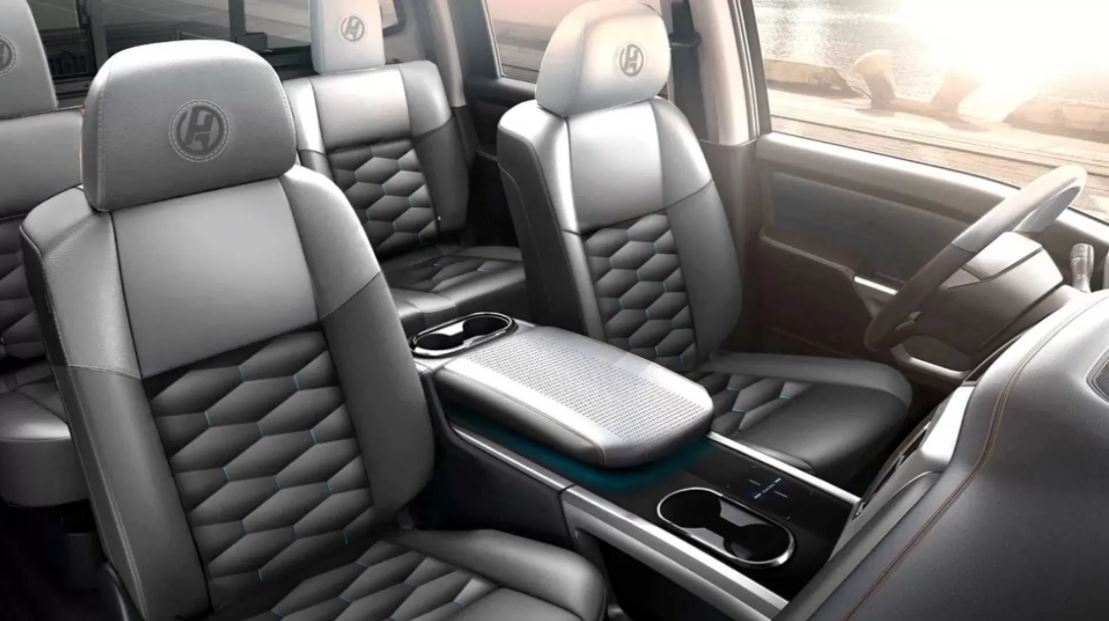 We would venture to suggest that Hercules will buy the plant in Canton, Mississippi from Nissan, along with the equipment and rights to produce Titanium under its own brand. Titan is a hopeless outsider in the class of full-size pickups and Nissan, amid the coronavirus crisis and losses, can easily get rid of it, as it got rid of NV vans based on Titan. That is, Hercules can follow in the footsteps of another startup – Lordstown Motors, which bought an unnecessary plant in Ohio from GM and will soon begin to produce electric Endurance pickups with motor-wheels on it.

In general, let’s follow Hercules Electric Mobility Inc. – perhaps this company will become a noticeable player in the electric pickup market, although there are already a lot of potential competitors: Ford, GM and Tesla, startups Atlis, Bollinger, Karma, the aforementioned Lordstown, Neuron EV, Nikola, Rivian and others want to make battery trucks.