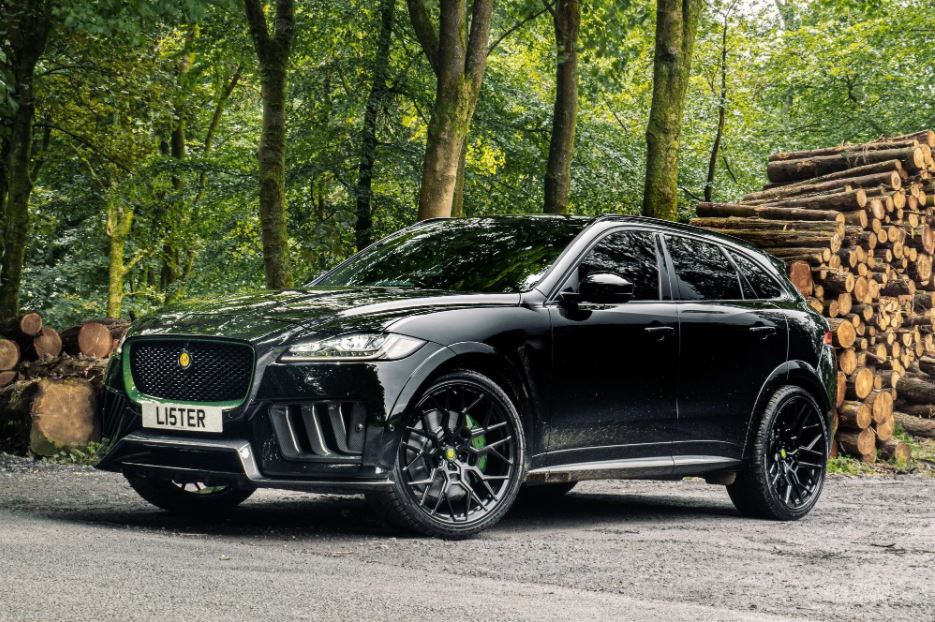 The British company Lister Motor Company, engaged in the release of replicas of classic Jaguar sports models and tuning modern ones, has presented the Stealth crossover based on the F-Pace SVR. Only 100 copies are slated to be released, priced from £ 109,950 each.

The modified Jaguar F-Pace SVR company Lister announced two years ago: then the project was called LFP and claimed the title of the world’s fastest crossover with a maximum speed of 322 km / h. The real car, named Stealth, turned out to be a little less fast – “only” 314 km / h “maximum speed” and 3.6 s to 60 mph (96.56 km / h). But Lister modestly called his new creation the most powerful SUV in the UK – 666 hp. imperial or 675 hp according to our accepted metric system. Let’s Test Jaguar F-Pace

Lister Stealth does not pull the title of the most powerful crossover in the world, because in July of this year, the stock Dodge Durango SRT Hellcat debuted with a 720-horsepower engine, capable of gaining 60 mph in 2.5 s, and in the arsenal of overseas colleagues from Hennessey Performance there are 1217 “horses” under the hood.

But by European standards, the Lister Stealth is certainly cool and relatively inexpensive, because the original F-Pace SVR costs at least £ 75,375, and the 650-horsepower Lamborghini Urus and 635-horsepower Bentley Bentayga Speed ​​are 1.5 to two times more expensive.

The 5.0-liter compressor AJ-V8 in the Jaguar F-Pace SVR delivers maximum 550 hp. and 680 Nm, and after revision by Lister specialists – 675 hp. and 881 Nm. Recoil is increased with a modified supercharger, new intercooler, new air purification system and original engine management program. About any changes in the 8-speed hydro mechanical “automatic” is not reported. The five Jaguar Land Rover models that will arrive from 2020 to 2022

Outside, the Stealth received new, more aggressive than the Jaguar, bumpers with carbon fiber elements, wheel arch linings and sills, original carbon fiber exhaust pipes and 23-inch Vossen forged wheels, through the openwork spokes of which you can see the modified brakes. The interior is refined in Nappa leather – 36 colors and 90 decorative stitching are available.

Lister gives a 7-year warranty on the Stealth crossover, but does not specify which components and assemblies it covers.