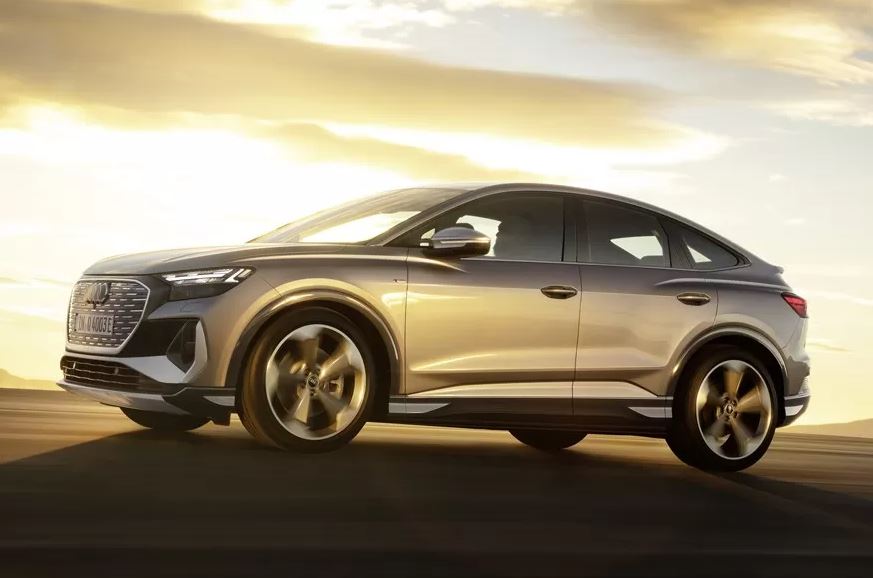 The German company has unveiled the most compact (to date) crossover in its electric lineup. It is based on the Volkswagen platform MEB, on which the Volkswagen ID.4 is based.

The harbinger of the “usual” crossover Q4 e-tron – the concept of the same name – was shown in Audi in the spring of 2019 at the Geneva Motor Show. A pre-production show car with a coupe-like body and the traditional Sportback prefix to the name was presented in the summer of 2020. Now the German company has declassified both product novelties and told in detail about their “stuffing”.

Unlike the large SUV Audi e-tron, which is based on the MLB Evo platform, the new SUVs are based on the MEB electric trolley developed by Volkswagen. Recall that such “battery” SUVs as VW ID.4 and Skoda Enyaq iV are built on it (both Audi and Skoda are a part of the Volkswagen concern).

The commercial versions of Audi’s “electric crossovers” repeat the previously presented design concepts. At the front, there is a large plug in place of the traditional branded radiator grille, and a small air intake is built into the lower part of the bumper. The model received LED head optics, matrix headlights are optionally available. At the stern, both models have a brake light in the form of a strip with LED graphics characteristic of the brand’s electric cars. The diagonal of the rims ranges from 19 to 21 inches. Audi may equip e-tron GT RS with three-engine powerplant 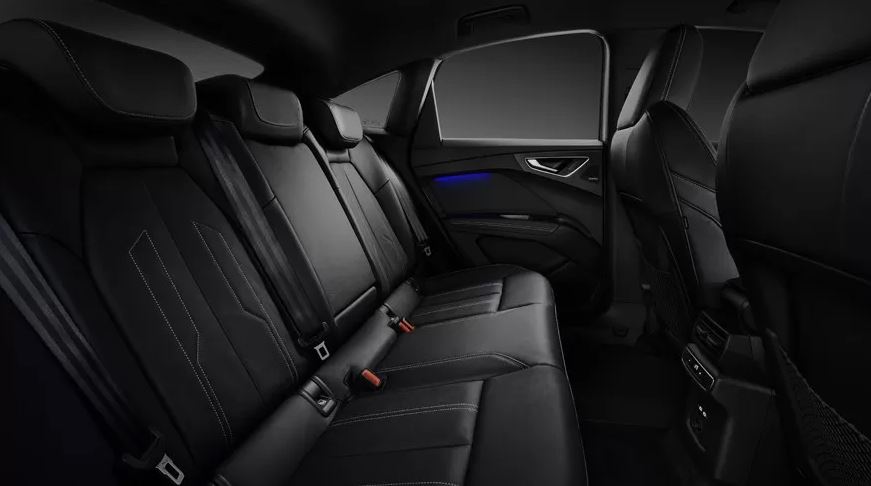 Inside, the Q4 e-tron and Q4 Sportback e-tron have a two-level center console with a gear selector on top and a place for wireless charging of gadgets below. In front of the driver is a virtual “tidy” with a diagonal of 10.25 inches, and the touchscreen of the multimedia system changes in size depending on the configuration (either 10.1 or 11.6 inches). Head-up display with augmented reality function is available as an option. There are touch-sensitive buttons on the steering wheel, and the air conditioning unit received physical switches.

The doors of Audi electric vehicles have holders for 1 liter bottles, they are located at the level of the armrests. A central airbag is installed between the front seats (in the event of an accident, it will not allow the driver and front passenger to collide). The trunk volume of the “regular” Q4 e-tron is 520 liters (with the rear sofa folded down – 1490 liters), in the Q4 Sportback e-tron – 535 liters (with the seats folded down – 1460 liters).

The new Audi products have McPherson struts in the front and a multi-link in the back. For crossovers, they created an adaptive suspension, as well as a sports suspension (the ground clearance is reduced by 15 mm compared to the standard one), it is included in the S line package. There are two versions of traction batteries – with a capacity of 52 and 77 kWh. They can be charged from a household outlet or from DC terminals (power – up to 125 kW), then in 10 minutes the battery will be “charged” for 130 km.

The basic version received one 170-horsepower electric motor on the rear axle (maximum torque – 310 Nm) and a less capacious battery. This version takes 9 seconds to accelerate from zero to “hundreds”, and the maximum speed is electronically limited – not more than 160 km / h. The cruising range of a “normal” crossover is 341 km (calculated according to the WLTP cycle), the coupe-like UK is 349 km.

The next version also has one electric motor, but its output at the same torque is increased to 204 hp. Exercise “acceleration to 100 km / h” such a car performs in 8.5 seconds, “maximum speed” – the same. The variant is equipped with a more capacious battery, the range of the Audi Q4 40 e-tron is 520 km (modifications with index 40 are not provided for the Sportback version).

The production of crossovers will be set up at a plant in Zwickau (Germany), and the Volkswagen ID.4 “electric parquet” is also produced here. On the home market, the model will go on sale in June this year. The starting price tag of the Audi Q4 e-tron is 41,900 euros and the Q4 Sportback e-tron will cost at least 43,900 euros